What a heck of a year 2014 has been. I was looking at old blog posts from January in preparation of this post, and it feels like they happened an eternity ago. The past two years have just been one giant, messy, exhilarating blur, a mishmash of emotions and lessons and new experiences. Just thinking about the past year leaves me mentally winded, so instead of tackling the daunting prospect of talking about the year as a whole, I'm going to talk about its individual happenings. Of course, 2014 was greater than the sum of its parts, but this will have to do.


Langkawi with Sze Li and Timothy

(Link takes you to my 'holiday' tag) 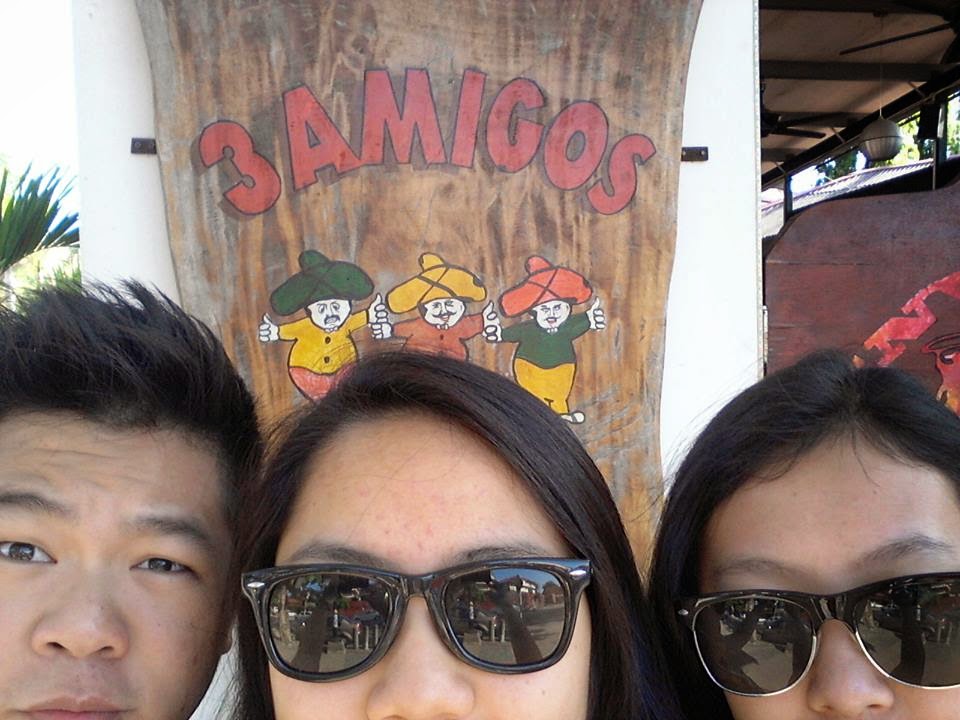 Like every trip ever, it was not without drama, but everything worked out in the end. Langkawi is a great place to go if you're looking for a reprieve from the stressful city life -- everyone there is so chill, it seems impossible to get upset over anything. I was pretty happy to be there with two of my favourite people, and between the fun stuff, some D&Ms ('deep and meaningful' conversations) were had. It was a great couple of days, and it still means a lot to me.


Lived out on my own...with four other people 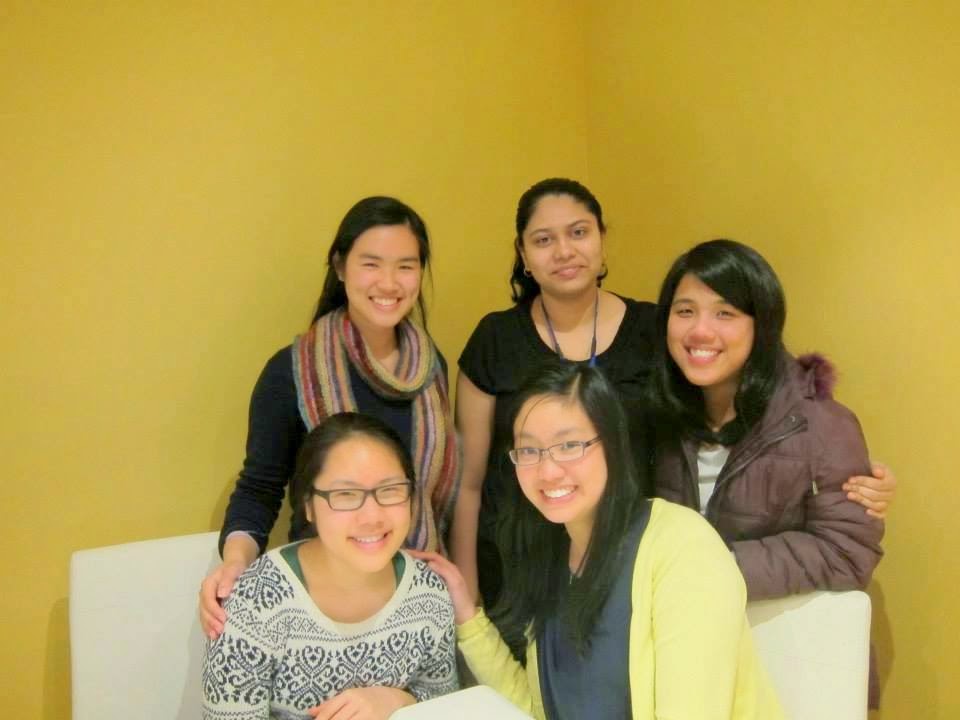 Back in Tassie, I'd moved out of Jane (hooray!) and into a house with four other Med kids. Honestly, I cannot think of a better bunch of people to stay with. In what other household do people fight to do the washing up rather than to get out of doing it? It was a year of learning for me as my housemates taught me about generosity, responsibility, selflessness, tolerance, and to use a peeler rather than a knife when skinning carrots. On a related note, I was cooking my own meals for the first time ever, and got a bit overexcited with recipes and stuff at the start; I soon realised I was spending too much time in the kitchen, and my meals thereafter went from being Instagram-worthy to boring but healthy.

I meant to write a blurb, but it quickly turned into a full-length post, so stay tuned for that. 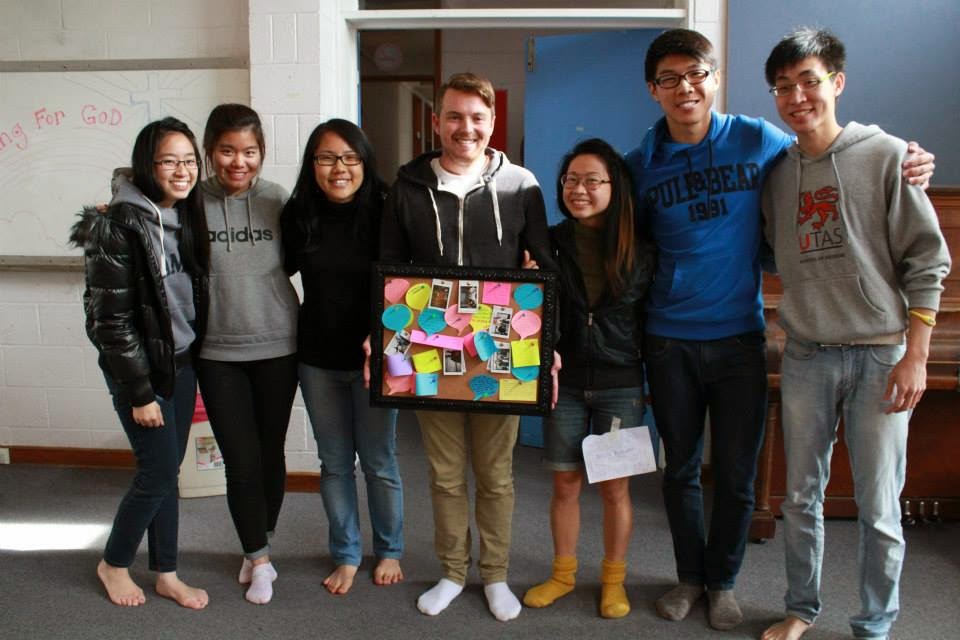 This year I helped to plan and organise OCF's annual Easter Camp, and what an experience it was! It was stressful and hectic and stressful and just really stressful, but it taught me a great deal and helped build bonds with some great people. I actually have a mostly-finished blog post on it, but just never had the time to finish, edit, and post it. Maybe I should, just for the heck of it. Better late than never, right?

I also started getting involved in the Bible study ministry. It was a decision I was super conflicted about, because I've never felt like I was a good enough Christian in general, never mind a Christian who was leading other Christians in Bible study. But there was a need for people, and after praying and talking to some people I looked up to, I said yes. We did the entire book of Romans this year, and it was pretty challenging. Unfortunately, I wasn't there when we did chapters 9-11 as I was pretty sick (more on that later), but I learned a lot from the rest of the book. I still don't know if I'm any good at leading since I've only done it twice, but joining the Bible study ministry has been eye-opening and very rewarding. I'm thankful to be a part of it. 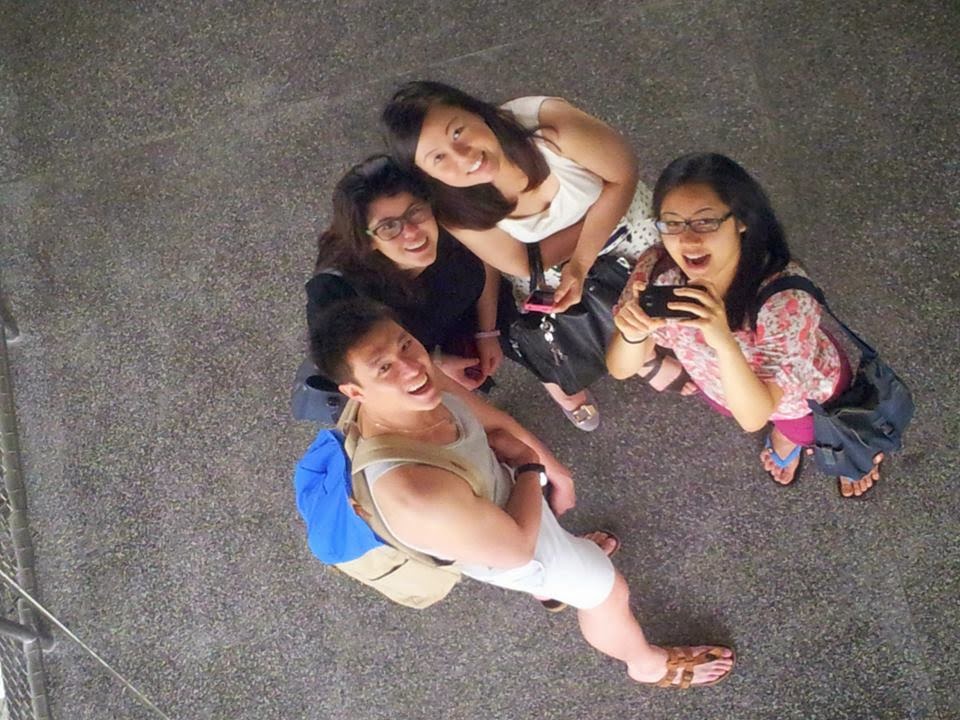 I went home for winter break for the last time ever (boo, unfairly short clinical years winter break!) and it was great. I got to meet up with friends studying in the UK who were back for their summer break, and it's likely we won't be seeing each other again for a good few years, so I'm grateful. My mom and I went to Singapore and I met up with Megan, and later some Tassie friends. We went to Gardens by the Bay, and walking around the climate-controlled Cloud Forest with people I was accustomed to seeing only in Tassie, it really felt like we were all back in good ol' Tasmania. 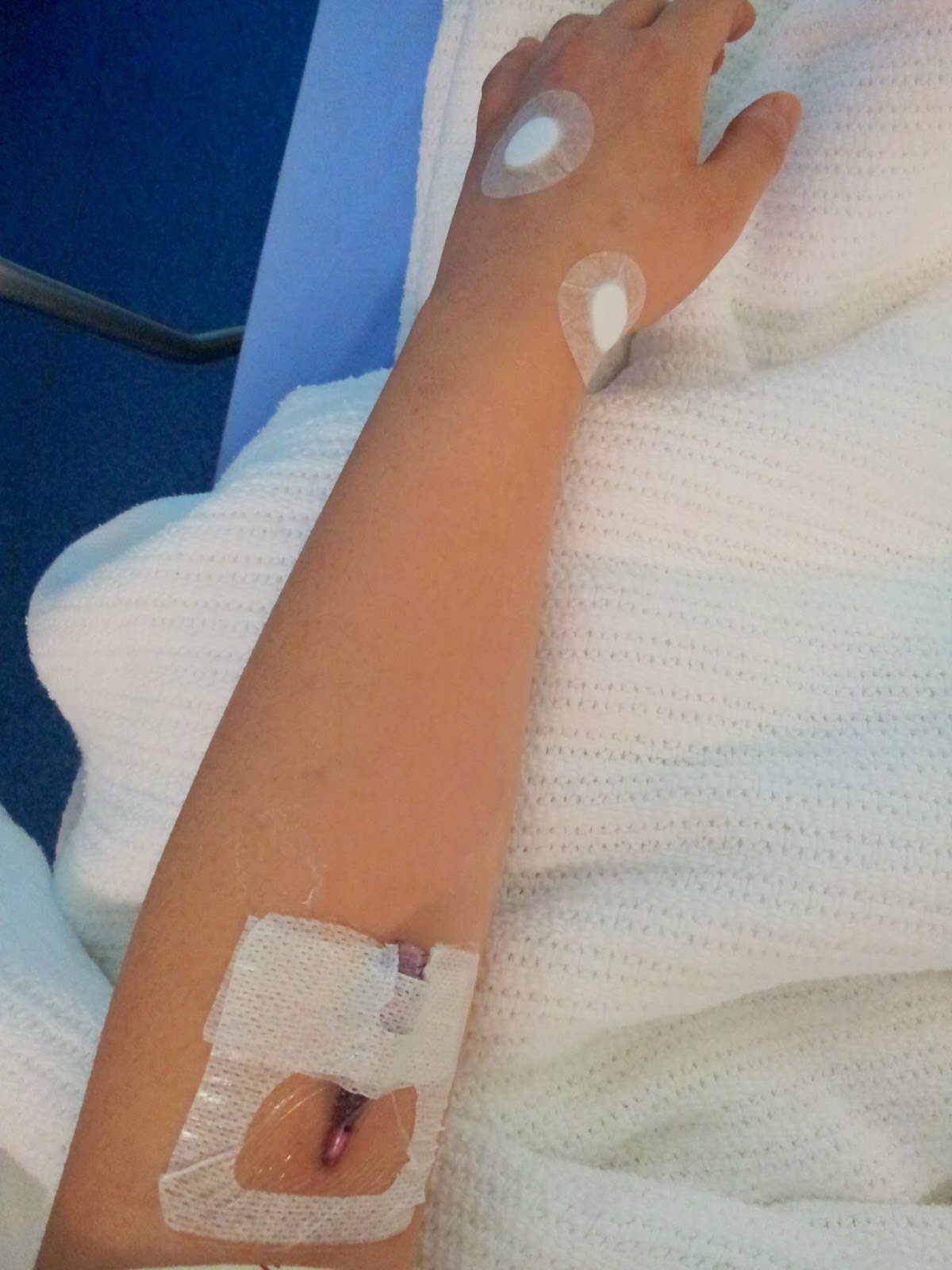 Ten days after returning to Tassie from Malaysia, I got a high fever. This went undetected for awhile since it was winter. Actually, you know what? I have a mostly-finished blog post on this too. It took forever to write and I never got around to finishing it properly because I'd missed a week of uni and was scrambling to catch up. I'll finish it and post it up sometime. It was an interesting experience for sure, and this blurb isn't going to do it justice. For now, suffice to say that I've completely recovered, and I'm now listed in the Australian government's records because it turns out that dengue is a nationally notifiable disease. Go me! 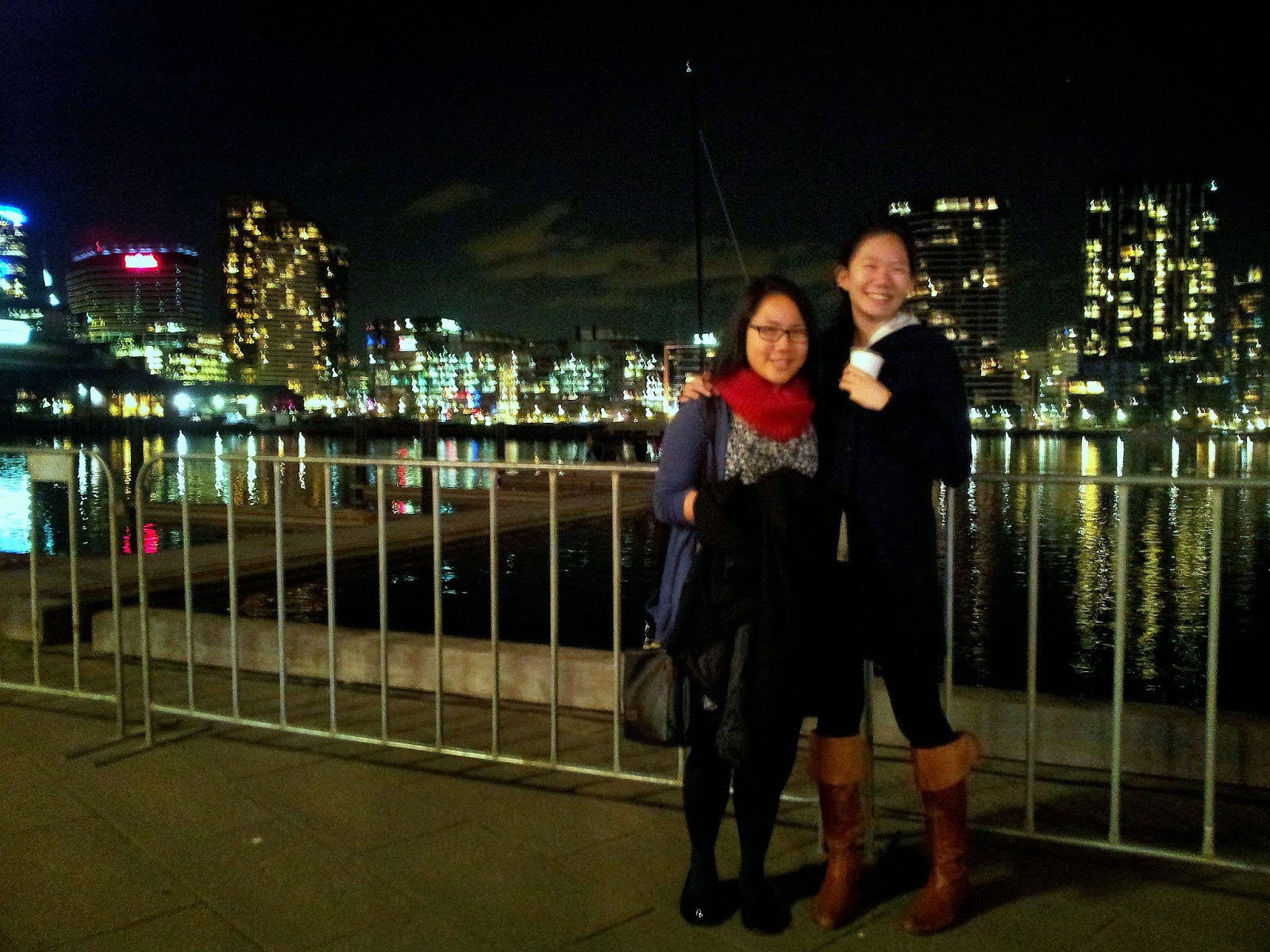 In Docklands, after watching the winter fireworks

Janie studies in the UK, and I study in Australia. She doesn't come back every summer break, so this means we pretty much never get to see each other. This year, she was in Melbourne because her sister had just given birth to her first kid there. Janie was supposed to come over to Tassie, but this was vetoed by her mother, who suggested that I went over there instead. So I did! They were lovely to me, providing me with a place to stay, food, and transport. And, of course, being in one of my favourite cities with one of my favourite people was the best thing ever. When Janie and I have our annual meetup, it's usually only for a few hours, but this time we got a few days. We even got to meet up with our primary school friends! It was such a great time, and just thinking back on it makes me smile. Miss you, Janie!


Roadtrip to Launnie and Cradle Mountain 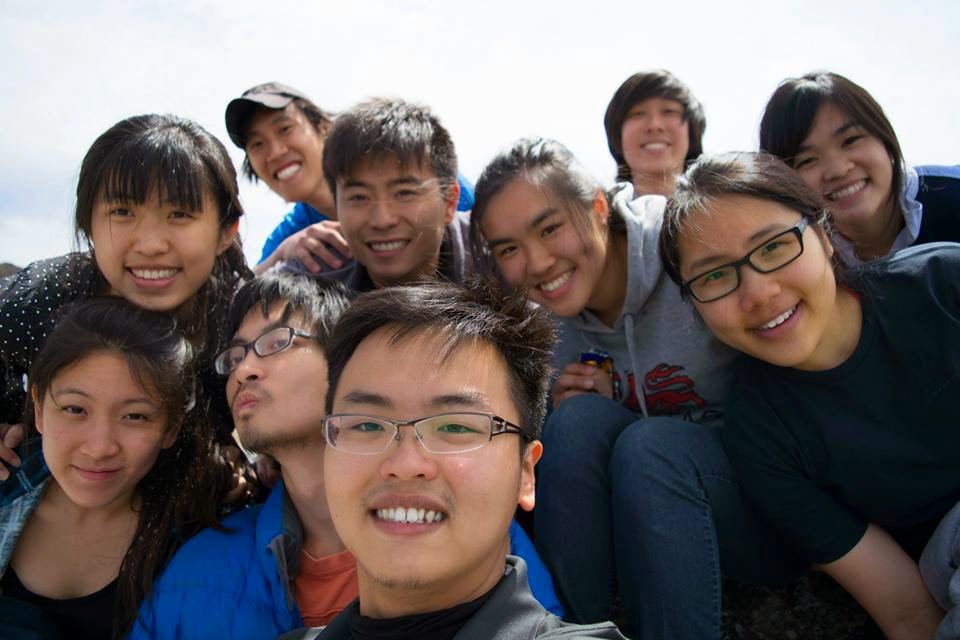 Like the Langkawi trip, this trip was not without drama, but it was a good time in the end. Cradle Mountain was so beautiful. Incredibly beautiful. On the first day, we took the shuttle bus as far as it would go to Dove Lake walk, and the view even before the hike was breathtaking. It felt like I was in a different world, and I wanted to run around screaming with my arms thrown out on either side of me, because everything was so big and so beautiful. God is truly an awesome creator. It was so great. There was quite a bit of wildlife as well, and it was here that I could finally see and be able to tell the difference between wallabies and wombats! Also, getting to spend a couple days with a ragtag bunch of people I didn't normally spend all my time with was good. They're great people, and I really hope we'll all be seeing each other in third year next year!


Touring Tassie and a bit of Melbourne 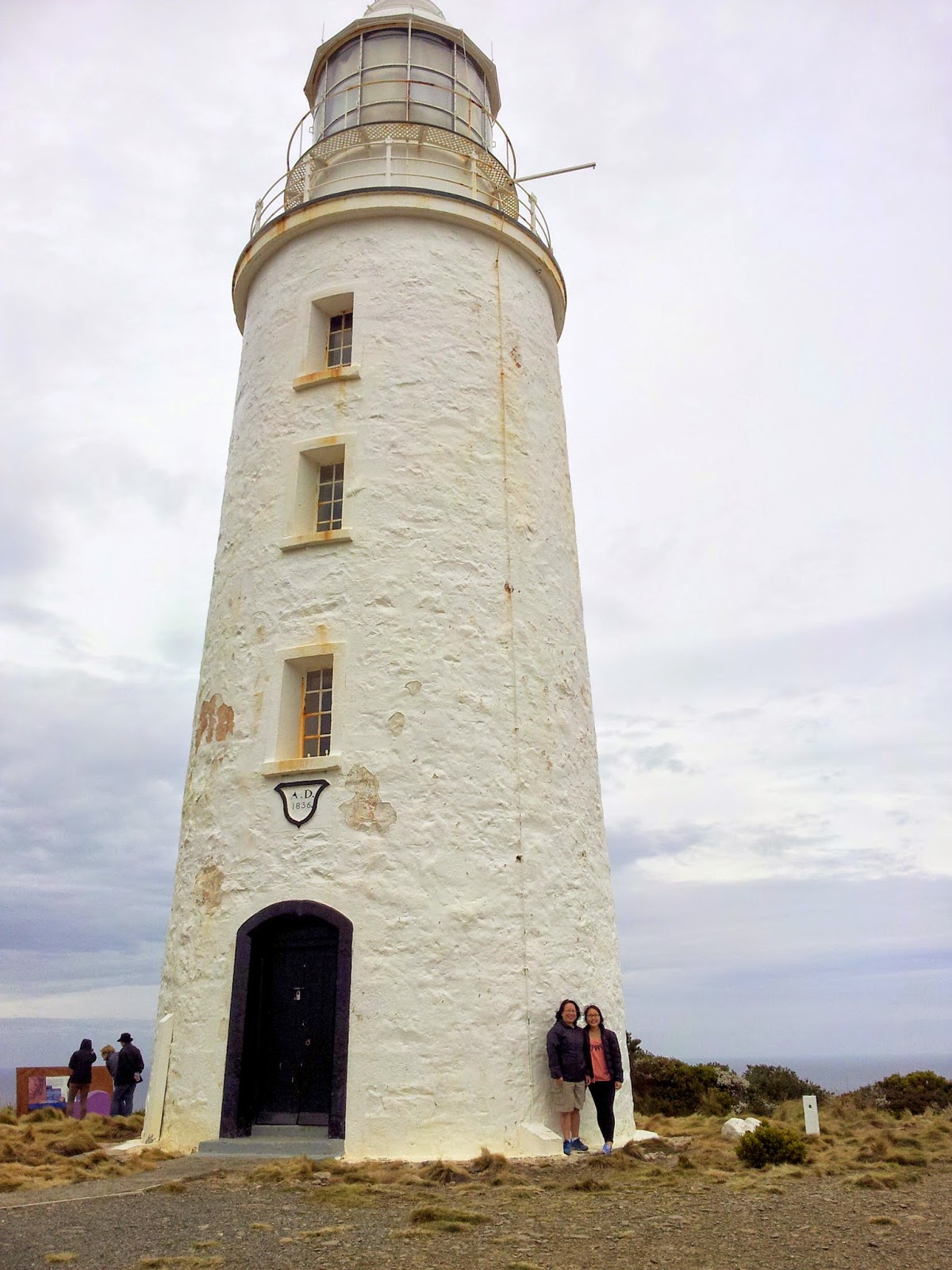 My mom and her cousin came down to Tassie, so we did a bit of sightseeing! We visited Port Arthur, Richmond, Bruny Island, Bonorong Wildlife Sanctuary (where we fed kangaroos!), Salamanca Market, Farm Gate Market, and Mount Wellington. These were all tours, so we didn't get to stay as long as we would've liked, but at least we can say we've been there. Much good food was had as well -- I brought them to Daci & Daci, Drunken Admiral, Mures, Criterion Street Cafe, Hog's Breath Cafe, and Jam Jar Lounge (because Pollen Tea Room was closed).

We parted ways then, my aunt going to Singapore and my mom and I to Malaysia. En route, we stopped by Melbourne for a couple days, which I loved. Have I ever waxed lyrical on here about how much I love Melbourne? Because I do love Melbourne. A lot. Anyway, I dragged us to Queen Vic Market and the DFO at South Wharf (which was beautiful) (South Wharf, not DFO) (actually DFO was pretty beautiful as well to someone who'd done zero shopping in Hobart). We also went to Max Brenner's, which was a bit of a letdown. I had one of those famed jelly doughnuts from Queen Vic Market and decided it was good, but probably not worth the hype. We had dinner at Saigon Pho one night (super good, but no large soup spoons!) and a little Italian place called Kaprica on our second and last night (should've gotten the pizza, but the pasta was alright). Oh dear, I sound awfully negative. But anyway, Melbourne was great and will always have a special place in my heart.

At my request, my dad got me a ukulele for Christmas! It's a solid top concert and super cute. I thought it wouldn't be too different from the guitar, but it really isn't much the same at all. I still can't figure out how to hold it, instead positioning it like a classical guitar when I play, which is wrong. And I keep accidentally going to play guitar chord formations and then realising that there are only four strings, not six. So it's harder than I thought it would be, but I'll get better! If all goes well, I'll be bringing it to Tassie, so if anyone could teach me how to hold the darn thing, it'd be much appreciated!


Those were the highlights of my year. Sounds like it went pretty well -- there were some pretty sweet highs -- but, in reality, 2014 was hard. There were other things, but it was mainly uni and uni-related things that made it a trying year for me. However, talking to people and reading the news throughout the year, it looks like it's been a tough year for everyone. A few friends have lost loved ones, which must have been hard for them. Worldwide, there's been Ebola, ISIS attacks/hostage takings, Boko Haram abductions, and the Sewol ferry incident, among other things. Then, of course, closer to home, we have floods on the east coast, MH370, MH17, and recently QZ8501 (though whether that has much to do with Malaysia is debatable). It's been a sad, sad year. My heart goes out to everyone affected, to those spending new year's eve a little differently to what they might've expected.