There's a hole in my sole

I'm taking a break from the Langkawi posts to blog about something interesting that happened today! Before I begin, I feel that I should explain the title of this post. In one of Bastille's songs, Flaws, there's a line that goes 'There's a hole in my soul'. Sometime last month, frontman Dan Smith cut his foot on glass during a gig, but pressed on anyway to finish it. He posted this cheeky tweet afterwards:

I've borrowed it to use as the title of my blog post because while I did not cut my foot on glass, I do indeed have a hole in my sole. It's been stitched up, but it's there. Okay. I can get on with my story now.


Basically, I had a corn. Different websites say different things about corns and calluses, so I'm still quite confused as to how to differentiate between the two. However, I can tell you what I do know, which is that it felt like a hard, tiny lump beneath the thick skin of the sole of my foot, and it hurt to walk on it. From what I understand, it's basically a proliferation of skin cells, which makes me wonder if it could turn cancerous if not removed fairly early on. Which I did, thankfully. 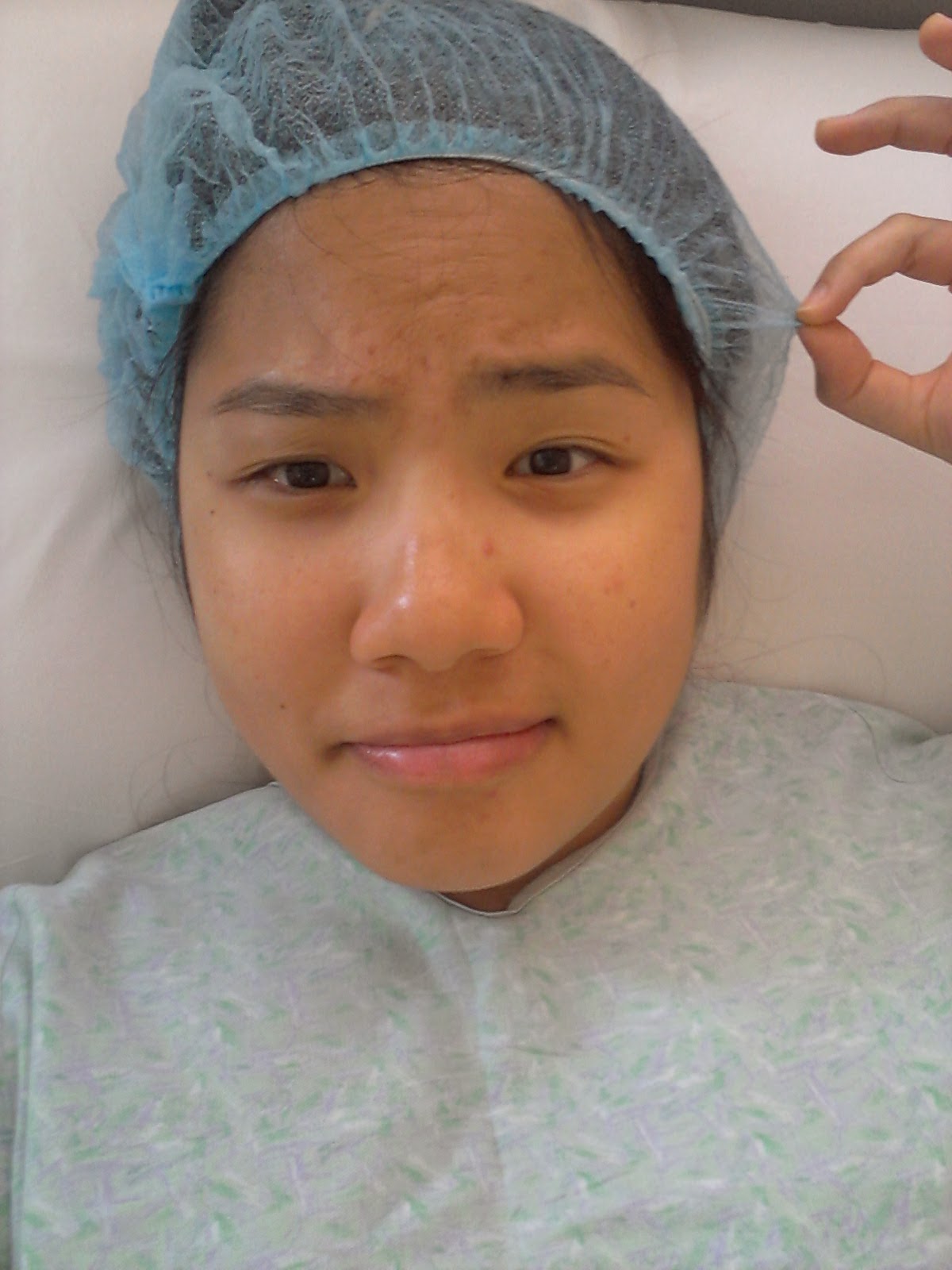 Pre-operation: got the hospital gown and shower cap and everything.


At first, I thought the procedure would be a simple one that my GP could do; in my mind, it would be like squeezing out a blackhead on a larger scale. (Watching YouTube videos later that day proved me wrong, however -- I was horrified to discover that they basically chop off part of your foot.) My GP told me it had to be done by a surgeon, and I was equal parts resigned and excited -- what a drag, but it might be a cool drag! So we went to a surgeon today and he happened to be free, so I was whisked off to a little ward before I knew what was happening.


Rather than debriding the thick skin like they'd done in some YouTube videos, a nurse applied Emla cream to the corn and surrounding area. The purpose of this was to anaesthetise the area so it wouldn't hurt so much when the doctor injected the local anaesthetic (LA) that would completely numb my foot just before the operation. The cream stayed on for an hour, and then I was taken to the operating theatre. 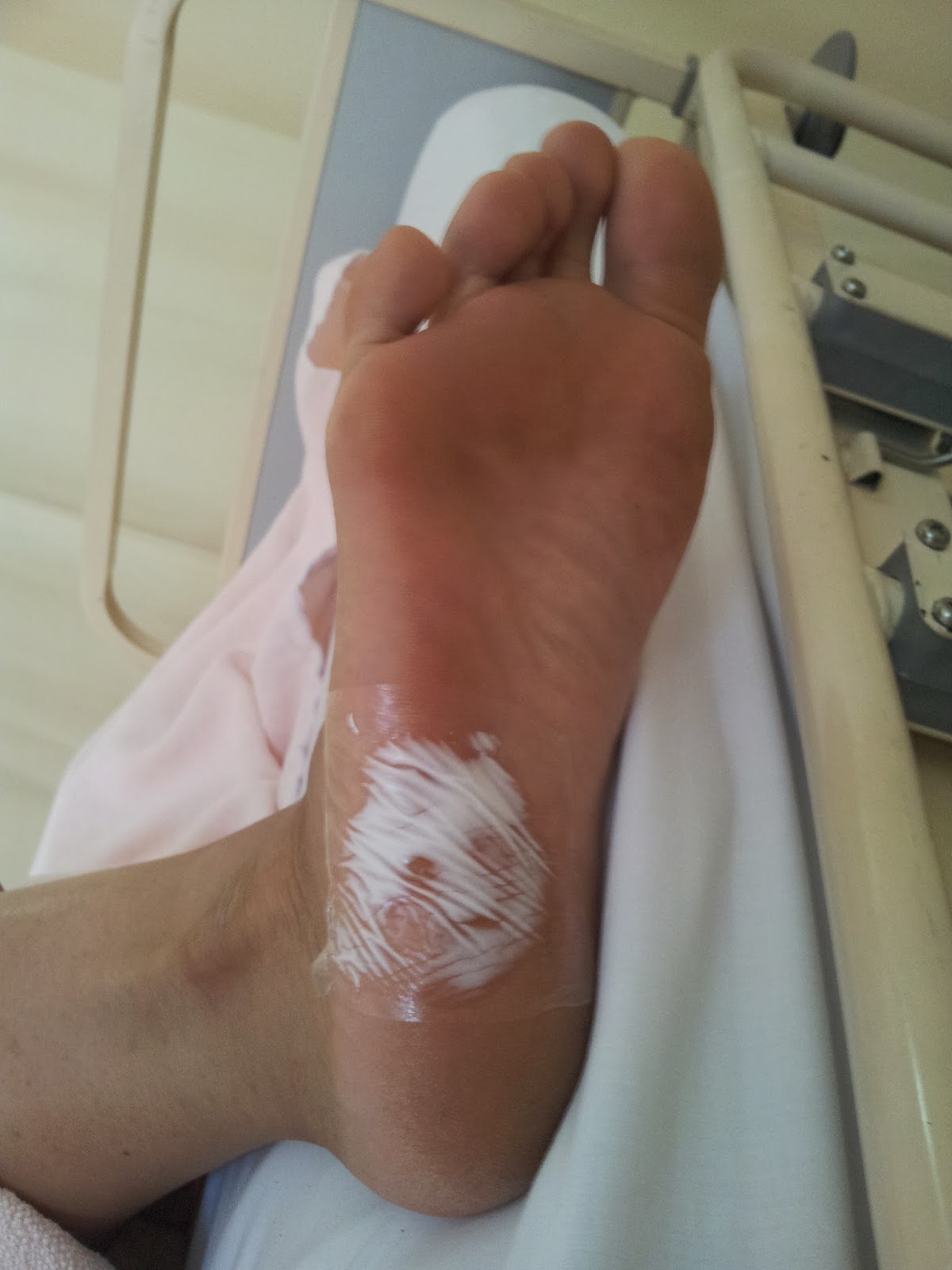 
Despite the Emla, those LA injections hurt! "You're going to feel some discomfort for a short while," said the doctor, and he began dispassionately sticking the needle deep into my heel (which hurt) and pushing the plunger of the syringe (which also hurt). This happened at least three times, and I tried not to squirm or whimper. Then he got out the scalpel and blade and began the procedure.


I couldn't see a thing, which was probably a blessing, really. I'm not sure how I'd have reacted, watching him cut out a part of my foot. So my sense of sight was out, and so was my sense of touch, thanks to the LA; all I experienced was a gentle, far-away-feeling tugging as he cut. It made me think of Matthew Kirkcaldie and his lectures on nociceptors and nerves. Once the corn was out, the doctor cauterised (I think that's what it's called) what was left to ensure the root was completely gone, so that the corn wouldn't recur. I now know what burnt human flesh smells like, and it was very strange to keep in mind that that was my own burnt flesh I was smelling.


The doctor then stitched me up and gave me a waterproof dressing covered by an outer dressing (gauze and a compression bandage). I spent an hour in the recovery room, and then I was good to go. 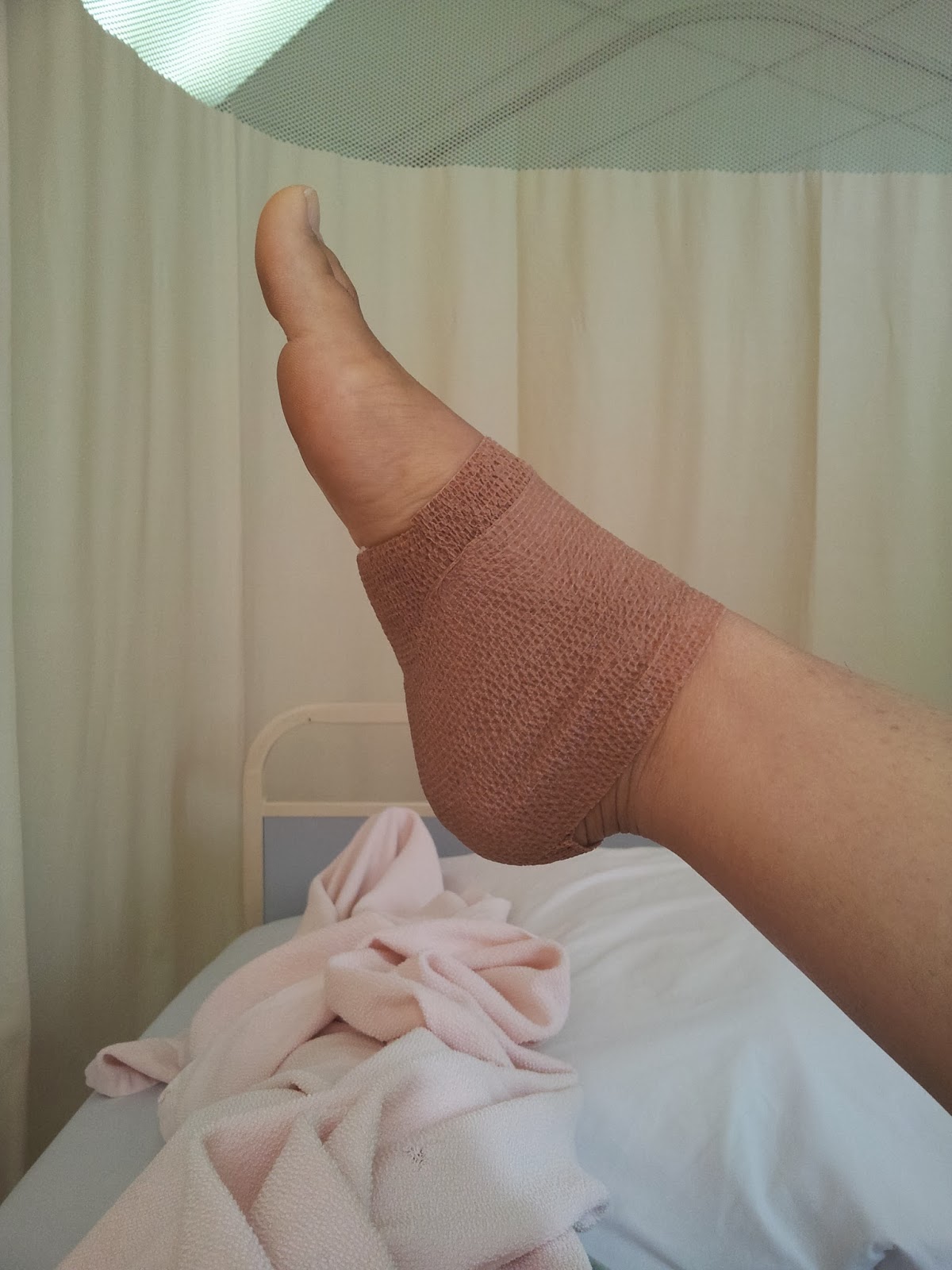 
Apparently it'll take fourteen days to heal, which is a massive pain in the butt -- how am I supposed to exercise off all those Chinese New Year calories? Also, I'm not allowed to eat seafood, so the upcoming celebrations should be fun. For the next two days, I'm not supposed to move around much, which is fine with me, because moving around is difficult and the stairs are a nightmare and the LA has worn off.


Sorry, do I sound like I'm complaining? Good. Because I am. But I'm done now, that's enough of that.


This has been an interesting experience, that's for sure. As a future medical practitioner, it's important to try and see things from the viewpoint of the patient, so hopefully experiences like this one help in the future. I often shake my head at myself for somehow managing to relate the most random things back to med school, but this one was too easy. Less than a month before I go back!


P.S. I got to keep the corn, but thought posting pictures of it here might be sort of (to use a non-medical term) icky.
Posted by Hui Jan at 2:37 AM

Email ThisBlogThis!Share to TwitterShare to FacebookShare to Pinterest
Labels: health, self