Being reasonably certain that I’ve passed (results aren’t out for another five days…not that I’m counting), I can say this with reasonable certainty: So we’re done with first year. And what a year it’s been.


Notice I said ‘we’re done’, which may not be entirely accurate since there may be some of us who haven’t passed. But I can’t help it – whenever I talk to anyone about med school, I find myself using ‘we’ and ‘our’ instead of ‘I’ and ‘my’. I guess there’s this ‘we’re all in this together’ mentality that just kind of stuck. Maybe that’s why I’ve heard many a time how close graduating classes are; bonding through trauma is the most effective way there is.


I joke a lot about how horrible med school is, but I also say that there’s really nothing else I’d rather be doing. Medicine is all I’ve ever wanted, and when things get hard sometimes, keeping my eyes on the end goal is what keeps me going. That probably sounds awfully corny, but it’s true. I often wonder how people who don’t really want to be doing Med find it in themselves to press on. I guess it’s sort of like doing Insanity: you need people doing it together with you so you can motivate each other. 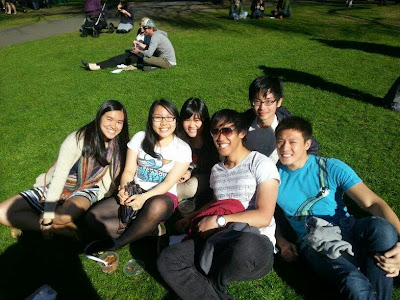 
Friends (both uni friends and friends back home) have been a great blessing throughout the year. I can’t count the number of ways they’ve helped me academically, spiritually, emotionally, physically, and mentally, and I am so very grateful. Special thanks to my family for listening to me whine about how hard everything was and how many assignments we had and how many freaking muscles there are in the upper and lower limbs, and for always being so encouraging. Much appreciated, guys. Thanks for being awesome!


I’m not sure how this turned into an Oscars acceptance speech, but I guess the point here is that first year taught me that no man is an island, and if I had tried being one, I probably would’ve just sunk. First year has taught me a lot of things, to be honest. Even if you exclude the stuff I learnt from being away from home and in a foreign country for the first time, I’ve learnt a whole bunch of stuff. I think the most important thing was probably You are not meant to read the entire textbook.


A little context: in secondary school especially and during A-levels, the way I studied was to read the entire reference book or textbook from cover to cover. I would know everything like the back of my hand, and if there were gaps in my knowledge of a particular subject, I would just go back to that part of the textbook to reread and understand it. Then I got to uni, and just looking at the thickness of the textbooks nearly made me have a nervous breakdown (have you seen papa Robbins?!). Luckily, I learned soon enough that you use the same textbooks over a couple of years, and you only read the bits relevant to lectures. Well. If you’re a normal person who has a life, anyway. And only if you want or need to. 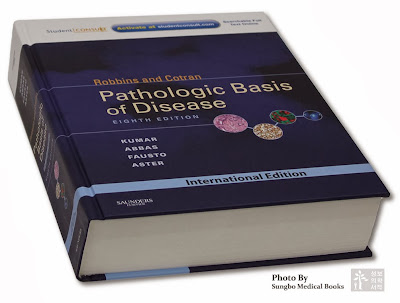 Papa Robbins. "You could kill someone with this thing!" - Luke
(From here.)


Another thing I’ve learnt is that appearances can truly be deceiving. There was this picture going around on Facebook a few months back about the different types of med students, and one of them was the ‘questionable entry’. It’s horrible and it’s judgemental and it’s wrong, but sometimes, you just look at a person and wonder how the heck they got into med school. (In my slight defence, I sometimes wondered the same thing about myself on particularly bad days.) But then they’ll say or do something that’ll completely throw you and show you exactly why they’re there, and it’s so great and so humbling. There really are a great many different types of intelligence, and all of them are of importance in Med.


It seems like all I ever blog about is med school, but there are still so many things I haven’t blogged about…like Rural Week! Rural Week at Camp Clayton, Ulverstone was great. Really. Some of the highlights: beautiful scenery; the sports stadium (badminton every night!); getting to have a look around the Launceston Clinical School, Mersey Community Hospital, and Rural Clinical School in Burnie; watching the State Emergency Service and paramedics deal with a simulated car crash; and I guess the giant swing. I’m a little bit terrified of heights (we had flying fox one prefects’ camp years back, and I was still shaking half an hour afterwards), but the giant swing was pretty much the main attraction of Camp Clayton, so I told myself I’d go. So I did, and I hated the sensation of falling but rather liked the swinging bit, but just hated it on the whole. No more heights for me for the next decade or something! 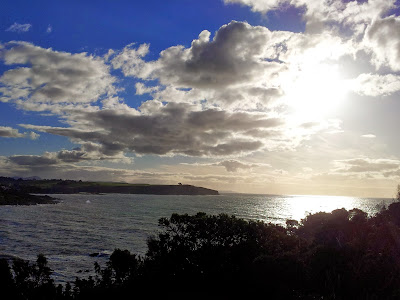 Behind the Tiagarra Aboriginal Culture Centre and Museum in Devonport.


That’s what I told myself, anyway, but just a fortnight ago I found myself on a suspension bridge, telling myself to just keep looking straight ahead. A bunch of us (Theresa, Olive, Daniel, Caleb Lim, Amanda Lee, Janice, and I) were on a roadtrip, and we were at First Basin in Cataract Gorge, Launie. You could take a chairlift over First Basin as well, but the suspension bridge was more than enough for acrophobic me. Other places we went were Richmond (sweet shop!), Ross (scallop pie!), the Launie CBD (to buy stuff to cook for dinner), Bay of Fires (for all of like fifteen minutes because it was raining and windy and cold, and we all desperately needed the toilet), and Seabrook (again, for maybe fifteen minutes because it was cold and the food places there were expensive). We stayed at this cute farmstay place called Cherry Top Accommodation in Lilydale, and all in all, it was a nice little getaway. 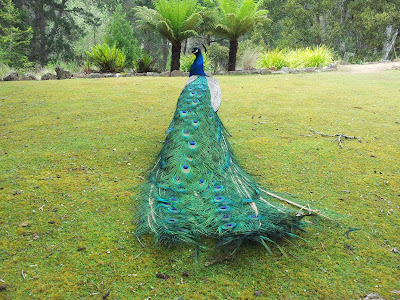 One of the many peacocks at the Cataract Gorge.


It’s so hard to believe that it was only two weeks ago that we were driving down a lonely highway, looking out the windows at sheep and horses and rolling green hills. Now I’m sitting here in the stifling heat of my room at home, and all that seems like forever ago. I miss the cool temperatures and clean air of Tassie! Granted, Tassie weather is nobody’s friend, but boy did I miss it the moment I stepped off the plane about a week ago!


So anyway, yes, I’m back in Malaysia; hit me up if you’re in the country and want to catch up or whatever! I’m still using the same Malaysian number for calls and such, but I’m using my Aussie number for Whatsapp. If we go out for a meal, I insist on Asian food, and I hope you understand if I pay more attention to the food than to you.