Hello! So much has happened since I last blogged that I hardly know where to begin!


Midsems happened first, so I guess I'll start with that. I'd studied for them, but soon realised it was impossible to cover everything we'd done. I don't know if it was because I was too slow or too stupid or too slack, but what I did know was that I was kind of screwed. I consoled myself with the thought that this exam was only worth five percent of our total mark, and told myself to do better next time, accepting my fate. 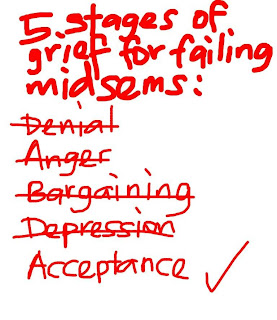 But then exam day came and it was not as bad as I'd expected, so I might actually pass after all. (Why do I always do this to myself?)


On the same day, we had a formative practical exam where we went into the dissection lab and squinted at pin markers on cadavers, trying to identify what the parts were or remember the nerves that innervated them or what actions the muscles brought about. It was pretty cool. It felt a bit like the Defence Against the Dark Arts exam that Lupin prepared for Harry and the rest of his class at the end of third year. (Potterhead alert!) I failed that one by half a mark, but it's okay because it was formative and didn't contribute to our final mark (meaning I hadn't bothered to study for it).


Bright and early the next day, Cecilia, Rachel, Jac, and I went swimming at the Aquatic Centre! I'd never been swimming in Tassie before and hadn't swum since before leaving for Tassie at the start of the year, so that was both a first and a first in a long time. I'd missed it! It's nice to just do lap after lap, focusing but not focusing on breathing, and making sure you keep your form. 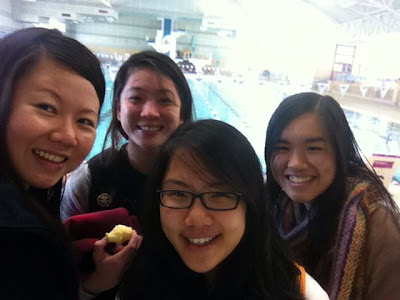 Cecilia, Rachel, me, and Jac after our swim!
Photo credit: Cecilia


Oh, culture shock: the showers didn't have doors. There weren't any changing rooms, either. Nor were there any hair dryers. In my head, I was going, And they call us backward? It's just something I'll have to get used to, I guess, since swimming was fun and I'd like to go again.


When we were done, we met up with a bunch of other Med kids and had lunch at Arirang. It was delicious. I'd missed Korean food so much I forgot to take a picture of my meal before digging in, but I had dolsot bibimbap, and I promise you it was good. After that, we did a bit of shopping for Rural Week (gumboots for the farm, sleeping bags, formal wear) and then headed back.


That night, I headed back to the city to catch The Phantom of the Opera (POTO) with Calvin, Jac, and Marcus! It was a Tasmanian production at the Theatre Royal, and if you went an hour and a half before showtime, you could get unsold tickets at student price: $39 instead of the usual ~$99. Calvin stays like five minutes away from the Theatre Royal, and managed to secure us tickets. 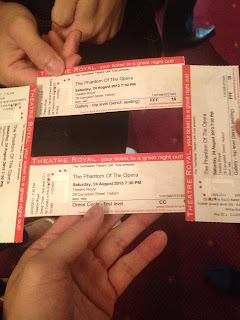 Posing for this was so embarrassing.
Photo credit: Marcus


It was great! I've always liked the songs from the musical. I actually remember going through my parents' old CD collection years ago and discovering the POTO soundtrack sitting amongst the oldies; with their permission, I brought it to my room, where it's been ever since. Listening to music on a CD is one thing -- watching it being performed live is a different thing altogether. It felt like the air itself was music, surrounding me and lifting my spirits higher and higher. The orchestra was amazing, and if I could've given every single member a high-five without risking severe damage to my hand, I totally would've.


I wanted to high-five the props, lights, sound, costume, makeup, etc. people as well. All too often, people forget how much these people contribute to the show, and I feel like they never get the recognition they deserve. As someone who's been involved in a musical before, these are things I notice and appreciate, and I applaud them for their great work.


The people onstage were awesome as well! Christine, her voice was so lovely I just about melted when I heard her sing the first line of Think of Me. I thought Raoul's voice was pretty good as well, which was great because the pair of them made for a really good All I Ask of You. However, I didn't think the Phantom had that great a voice (it cracked a few times throughout the musical), and so Music of the Night was a bit of a letdown. Also, I thought Madame Giry's voice was really good and wished she could've sung more. 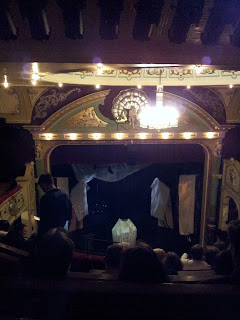 I was surprised by how small the stage was, but they made it work.


One of my favourite parts was the musical fighting. It was so good and so funny, and Andrew Lloyd Webber really deserves a pat on the back for that. Actually he deserves a pat on the back for all the songs, because they're all so good. Two of my favourites are The Phantom of the Opera and Masquerade, and getting to watch them live was incredible. I left the theatre sorry that it was over, but on a massive high from the whole thing.


Swimming, Korean food, shopping, and The Phantom of the Opera -- one of the best days I'd had in a very long time. It was so strange but so nice to feel so carefree. I recall the weather being lovely as well. A very good day indeed!


Something else I've been meaning to blog about is Rural Week, but that'll come in another post seeing as how this one is already pretty dang long. It'll be up soon! Sometime this week! I hope!
Posted by Hui Jan at 3:03 AM