The hardest course there is?

There's this thing that some people like to do where they brag about their distress. (I like to call it 'revelling in agony'.) It's not that they're complaining or anything -- quite the opposite, in fact. If they were complaining, there wouldn't be that hint of pride in their voices or that barely perceptible self-satisfied quirk of their lips; their tones tend towards the sweeter side of bittersweet, and you can almost detect a fond look in their eyes as they reflect upon their suffering. They'll be telling you some pretty unpleasant things ("I only slept an hour because I was cramming for today's test", "I continued my solo hike in the Grand Canyon even though I fell and twisted my ankle midway"), and the reaction they most want to get out of you is a mixture of sympathy and admiration. But mostly just admiration.


If you've read the Harry Potter series, think Ernie Macmillian leading up to the OWLs. Something like that, but worse. 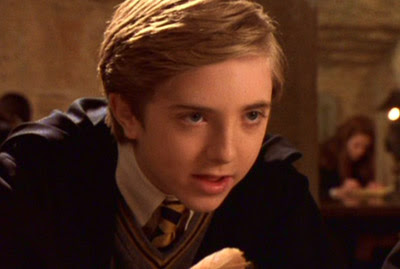 "Eight's my average. I can do ten on a good weekend day." - On the number of hours he studies.
(From here)


Of course, the reason I am able to so accurately describe this is I do it as well. (Until today, I still look fondly upon the time I slept a mere two hours before the day of my Geography and Math papers back in Form 3 because I wouldn't let myself sleep until I'd covered the entire Geography syllabus. I did pretty well for Geography, but crap for Math.) It's a character flaw, to say the least, and I think I've always had it. And I don't know how to get rid of it.


When I received the offer for med school, I thought to myself, Oh man, Jan, you're going to be insufferable, aren't you? I knew med school was going to be hard. I'd done some research, reading blogs of interns and medical students, taking note of their complaints and issues/subjects they struggled with; I thought it would prepare me for whatever dark metaphor you want to call the next five years of my life. (It didn't.) In February, I started uni with the grim satisfaction that I was doing the hardest course there was.


Now here is where I am glad that I started my first year staying at Jane Franklin Hall (hereafter known as 'Jane'). You see, the medical school is in the city, not on the main campus, so we med kids don't have very many opportunities to meet people doing other courses. Since I'm at Jane, though, we all live together, so I've had the opportunity to meet people doing Law, Pharmacy, Engineering, Music, Zoology, and Antarctic Science, among other things. Leading up to the exams, you find a motley crew of students studying together in the library, occasionally shooting questions across the table at coursemates; it didn't take much of this for me to wonder if Medicine was really that much harder than other courses after all. 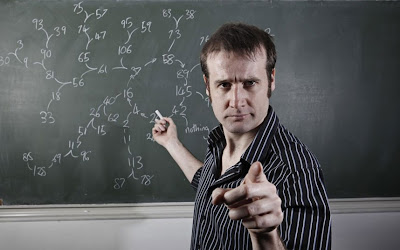 How do you Math?
(From here)


I remember being mildly horrified at all the math the Engineering kids have to do, with complicated-looking diagrams of angles and things I didn't understand in the slightest. One night I was sat across from this girl who was drawing out chemical structures of different compounds and asking someone questions about arenes and other things I never want to have to think about again. (I've always hated Chemistry.) I was stunned by the number of essays Law kids have to churn out each sem, as well as the number of references they have to have for each essay.


(I have to admit, though, that it's hard to feel sorry for the Law kids when their timetables are so ridiculously, almost unfairly light. A friend of mine was grinning over his four-day weekend as he'd scheduled his classes for only three days a week.)


I did a bit of reading online, and there are people who say that Law is the hardest course. I'm (kind of) sorry to say that I laughed. Once I'd sobered up, I did a bit more reading, and the little niggling at the back of my brain finally dawned upon me: how do you define 'hard'? Is it in terms of:

Let's compare Medicine and Law (I'll try not to be biased) :

I think it's safe to say that Medicine is a harder course overall. If anyone wants to argue a case for Law, I'd like to hear you out. I've never met a Law kid who claims their course to be harder than ours, though.


At this point, I think that Medicine is definitely one of the hardest, but probably not the hardest -- that title probably goes to Actuarial Science or Engineering. Who's to say which course really is the hardest, anyway? To be able to judge, you'd have to have done every single one of the courses that people claim to be the hardest there is (Medicine, Engineering, Actuarial Science, Law lol, etc.) and then decide for yourself. Then again, wouldn't personal strengths come into play as well? I'm doing fairly okay in Medicine, but if you plucked me out of my course and dropped me in Law, I would probably only just barely survive. If you stuck me in, say, Philosophy instead, I might just shrivel up and die. This isn't just a science/arts thing -- if you put me in Engineering, I'd probably die as well. 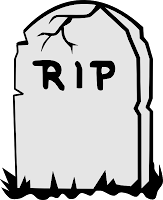 
That brings me to the question whether it's fair to compare arts courses with science courses. They're two very different things, with different content and different exam styles. Perhaps I should have compared Medicine with another science course instead of Law, since I pretty much just compared apples and oranges. Whoops.


Oh well. I think we can all agree that Medicine definitely isn't an easy course, so at least I'm somewhat justified in my revelling in agony. And, joy of joys, the agony's only just begun. I've got first sem down, and it was harder than I expected, but I survived somehow. Only four and a half more years to go, right? Second sem, come at me!
Posted by Hui Jan at 10:56 PM

Email ThisBlogThis!Share to TwitterShare to FacebookShare to Pinterest
Labels: epiphany, self, uni