There's been some delay in getting this post up, but there's a good reason for that. I mean, the same thing happened to my flight...the one that didn't get cancelled, at least. So I got back late and barely got to unpack and missed the first class of the semester, and-- Ack. Let me start from the beginning.


I got up fairly late on the second day (sleeping at 4am does tend to do that to you), had a quick shower, then went to meet Ching and Jeffrey at Melbourne Central. Once we were all there, we took a tram somewhere for brunch/lunch. We were talking non-stop, since I hadn't seen Ching in ages and Jeffrey since primary school, so until now, I actually have no clue where it was we went. Since it was almost noon on a Sunday, everywhere was packed with people, so we just settled down wherever we could find a place to sit. It turned out to be a rather unsatisfactory brunch (two small chunks of meat in my large meat pastry thing, and an overly foamy flat white), but it was the company that mattered, really. 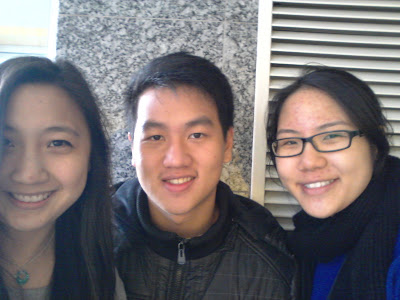 Ching, Jeffrey, and me.


Afterwards, Ching played tour guide for a bit despite the fact that it had begun to rain, which was really nice of her. We went by Flinders Street Station and I got a glimpse of Federation Square. It wasn't really a day for sight-seeing, however, so we made our way to Koko Black on Lygon Street. 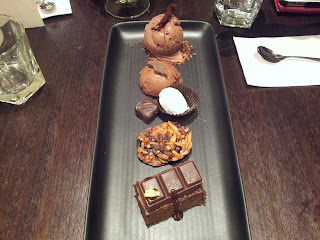 I have never fancied myself a food photographer.


They walked me back to Ryan's place once we were done, then I had to go pack. The shuttle bus arrived, I said my thanks and farewell to Ryan, and then it was off to the airport. We stopped here and there along the way to pick up other passengers, and I stared out the window all throughout the journey, trying to soak up as much of Melbourne as I could while I was still in the city. Little did I know, I would be spending one more night there. 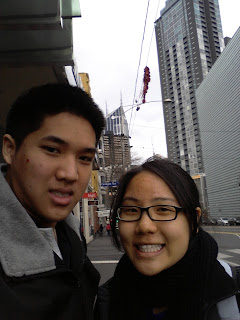 I'm actually laughing at how bad this photo is.

We got to domestic departures at Melbourne Airport a little before 5.00pm. Tiger flights depart from Terminal 4, which is a bit of a walk from the domestic departures terminal, and outside at that. By the time I got there, it was 5.00pm, two hours before my flight, which meant the check-in counters were just open. Pleased at the perfect timing, I joined the queue...only to hear an announcement over the PA system that the flight had been cancelled 'due to operational reasons'.


Long story short, after a lot of waiting, I ended up rescheduling my flight for the next available one (which was 7.00am the next morning) and staying overnight in a hotel. And here I have some tips for travellers:

At 4:00am the next morning, I dragged myself out of bed and got cleaned up before taking the 4:30am shuttle bus to the airport. I was there a little before 5.00am and checked in right when the counters opened. As it turned out, there was no need to have been there so early because my flight (though I don't think it was ever officially announced) was delayed. It was supposed to be at 7.00am, but at three minutes to, we were still waiting for the call to board. We finally departed at 8.00am, and I ended up missing my first class of the semester which was at 9.00am.


Something I noticed was that in Terminal 4 (the one Tiger has all to itself), the PA system was almost constantly in use, announcing flight cancellations, flight delays, and paging for passengers. Maybe that's why Tiger got its own terminal, I thought. The main terminal got sick of it hogging the PA system all the time. I actually found out about the hotel with the free shuttle bus while chatting to a nice, little, old lady whose flight to Cairns got delayed (serendipity at its best!). Anyway, needless to say, I will not be flying Tiger again if I can help it. 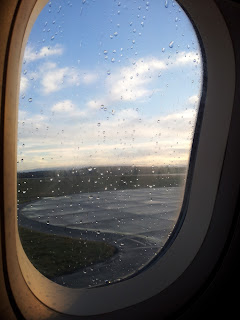 
It was a great trip overall, though, and I'm very glad to have been able to have gone. Muchos gracias to everyone who made my time in Melbourne awesome! I'll definitely be back one day, whether with friends or family; Melbourne's a great city, and I can't wait to return. See you again, trams, buskers, and laneway cafes!
Posted by Hui Jan at 1:39 AM