I have a problem

To be honest, I've known that I've had this problem for a while now. It's just that it's been really bugging me recently, so I felt that I should blog about it. It's something I'm sure most people my age can relate to, so maybe we could form some kind of support group for it. (Someone else has to be the leader, though -- I think I'm too far gone to accept the role.)


So what is my problem? Is it social media? No. I mean, yes, that is a problem too, but I've blogged about it already. This problem is more specific, I think. Maybe more serious as well. My problem is...YouTube.


See, early last year, Friday by Rebecca Black was huge. It was everyone's secret favourite song (admit it!). My love for the song was clearly evident from how I made references to it every half a chance I got. Knowing this, my friend Rachael linked me to this video, a spoof of the song that was supposed to be a 'must watch' for me.

And it all went downhill from there.


I'm pretty sure I watched every single one of nigahiga's videos except for Ninja Melk (it was like half an hour long with crappy production value!). When I watched the Best Crew ones, I discovered kevjumba, who quickly became my new favourite YouTuber. Somewhere along the line, I discovered luanlegacy as well, and loved him too.


So I was dealing with all that, and then someone had to come along and share this video titled Strangers, Again by WongFuProductions. I quite liked it and checked Wong Fu out...and spiralled even further downward. The trouble with Wong Fu was it wasn't just videos I'd felt this massive need to catch up on -- they had blog posts as well, providing updates and director's notes on some videos. Not only that, two out of three of them had Xangas. Thankfully, one was inactive, but there was still a fair number of posts on it to be read. Sigh.


Like my friends say, when I fangirl, I fangirl hard. 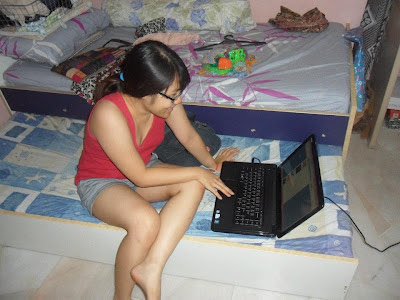 
That's not all, though.


I don't even know how, but it wasn't long before ShaneDawsonTV came into the picture. OnisionSpeaks came not long after, but I gave up on him after a while because of the whole Shiloh thing. Around now was when I also subscribed to victorvictorkim (keep in mind that all these channels were and still are continuously putting out new content). Not long after, I decided that I actually really liked davidchoimusic's...music.


For a while, I was juggling keeping up with and catching up on all these channels. And then... And then ...Timothy had to tell me about charlieissocoollike. I didn't know it at the time, but subscribing to Charlie would eventually bring about a mini avalanche of subscriptions to British YouTubers.


I discovered sortedfood and danisnotonfire, and really liked them both. (Before danisnotonfire, however, came michaelaranda, who is in fact American. He is mentioned here because I heard about him from Charlie.) From there, I went on to JacksGap and dicasp. The latter made my current favourite video of all time, which is embedded below.

Cute boy, cute kids, One Direction... What's not to like?


So that is, for lack of a better term, my YouTube story. Now, if you don't think that all those channels seem like very many subscriptions, keep in mind that nigahiga, kevjumba, davidchoimusic, ShaneDawsonTV, and dicasp all have at least one other channel, which I am also subscribed to. (Actually, almost all of the channels I named in this post have second channels, but those are the ones which have second channels that I subscribed to.)


You can see now why this is a problem. It's a pretty big problem. If anyone wants to start a support group, hit me up; Lord knows I need one.