A female friend of mine has this horrible tendency to be attracted to guys who turn out to be gay. Granted, they're usually celebrities, so she wouldn't have had much of a chance with them anyway, but the shock and dismay every time she discovers their sexual orientation is very real and painful for her. Neil Patrick Harris, Chris Colfer, Jim Parsons (a.k.a. Sheldon Cooper from The Big Bang Theory)...one by one, they came out, and it broke her heart into a million pieces each time. 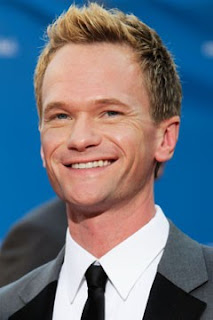 "But, [name withheld]," I exclaimed, when she confessed this to me, "how could you not know they're gay? I mean, Chris Colfer?!"

"That's the thing," she wailed, "I thought they were just good actors! I can never tell!"

Thankfully for my despairing friend, there is now a government-endorsed set of 'symptoms' of being gay! All she has to do is memorise this list, not let herself fall for anyone with these 'symptoms', and she will never have her heart broken by a gay guy again!

So listen up, straight girls everywhere. This was endorsed by the Ministry of Education, so it has to be legit. Here are the 'symptoms' that gay guys display:

What? Your boyfriend works out a lot, you say? And he wears tank tops? AND HE HAS A LIGHT GREEN TANK TOP?! Oh no. Oh no, girl, you gotta dump him. I'm serious. He's using you -- you're just his beard. Drop it like it's hot, girl, plenty of other fish in the sea.

What? Almost every guy you know displays one of the 'symptoms'? Girl, where you been hanging out?  San Francisco? 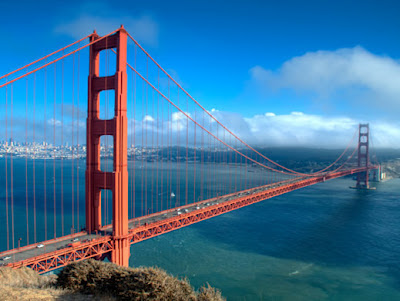 San Francisco is known for its large gay population.
(From AMS)

Moving on! Straight guys, it's your turn to listen up! If you see a girl who displays these symptoms, you'd better run, 'cause she's a big, scary lesbian!

What? Your girlfriend has a close group of girl friends and they gossip about other girls they know? Oh no. Wait. What?! GIRLS-ONLY SLEEPOVERS?! So you mean they... They hang out, have dinner, and sleep in all-female company? Oh my gosh, dude, your girlfriend's a lesbian!

What? All your girlfriend's girl friends are like that? They go to a girls' school? Then they're obviously all lesbians! Can't you see? Open your eyes!

What the heck. I mean, seriously, what the heck. I read the gay 'symptoms' first because they were listed first, and I thought those were ridiculous. Then I got to the lesbian ones and just completely blanked out because I hadn't thought it could've gotten any stupider.

'Like to hang out, have meals and sleep in the company of women'. I'm trying really hard to word how I feel about this, but everything I want to say just pools together and gets stuck in this bottleneck in my head, and I feel like if I had to type it out, it would look something like this: FDNFKD,dsdkjgbfjgsbfskjbfrgkfgdjgnNFDKJFNDFDLK. 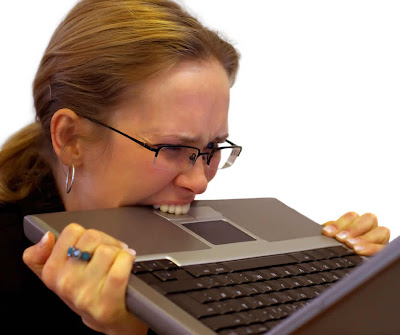 Sometimes you're so mad you just want to bite your laptop and cry.
(From here)

Do you realise that 'symptom' could be describing any female from any walk of life? I just...can't wrap my head around the fact that it was actually listed as a 'symptom'. What about girls in girls' schools? What about girls in female residential colleges? What about girls who have sleepovers? Omg, they're all displaying one of the symptoms of being a lesbian! 'Immediate attention should be given'!!!

That's the other super ridiculous thing: 'immediate attention should be given'. What? What attention are you supposed to give the child? (Some background info: these sets of 'symptoms' were presented at a seminar titled "Parenting in addressing the issue of LGBTs (lesbians, gays, bisexuals and transenders)".) Are you going to, I don't know, make your son throw out all his V-neck shirts and burn his manbag? Are you going to see if you can transfer your daughter to a boys' school so she won't hang out and have meals in the company of women?

Now, hypothetically, if these 'symptoms' were legit, and you did do these things to your gay/lesbian kid, would it really make any difference at all?

In my opinion, there was only one thing right in each set of 'symptoms'.

Because, really, that is it.

The fourth gay 'symptom' hints at effeminacy (it actually looks like they just decided to base the entire list off Kurt Hummel from Glee). This is wrong. Something I've learnt is that not all effeminate guys are gay, and not all gay guys are effeminate. Gays and lesbians are people, people come in a great many varieties, and it's stupid to put them in a box because of one trait they have. 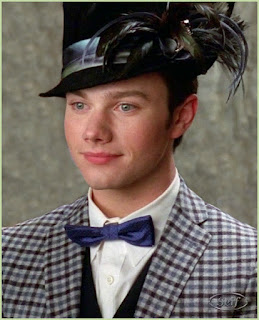 Kurt Hummel. No V-neck, no manbag, and yet...
(From this Tumblr)

Actually, I could spend all night shooting down every single one of the gay 'symptoms', but I shouldn't. It's late, and I've got stuff to do tomorrow. As for the lesbian 'symptoms', I've said all I have to say. There isn't anything more because they don't make sense.

If Malaysian parents do take this seriously, we're going to have a generation of pretty messed-up kids.
Posted by Hui Jan at 3:27 AM