Stuff I've been up to

I remember, on my first blog, there was a very long period of time where I would blog daily. Daily. Every single day. On this blog, I did my best to blog weekly, at the very least, and managed to stick to that for quite a while. Now, though, it's not even that. Now I just pretty much blog whenever I think I have something to say. And I'm okay with that.


I just sometimes wish I thought I had something to say more often. 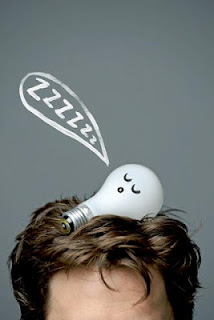 Wake up, darn it.
(From AndroidPIT)


The reason I've been away from here for so long, though, is that I've been busy. I'm in between college and uni right now, and I don't currently have a job (wow, do I sound like a slacker), but there is always stuff to do. And if there isn't, I look for stuff.


Since A-levels ended, I have (in no particular order):


1. Cleared (part of) my room
It took forever, and there was much to be recycled, thrown out, or given away. At one point, it looked like my chest of drawers had vomited their contents all over my room floor, which was of course very discouraging to step back and look at. After two days of sorting, wiping, and rearranging, though, I finally finished.

All throughout, I wondered how I managed to amass so much junk, seeing as how I have annual room spring cleanings. I think the answer lies in the fact that I'm pretty sentimental -- I keep a lot of stuff I probably shouldn't because I can't bear to throw them out. Anyway, here is the final result of two days of hard work (you can't see inside the drawers, but I did those too). 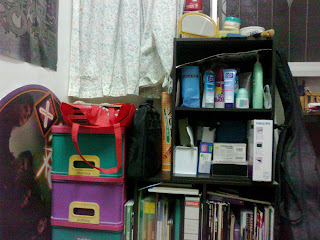 
2. Read Kafka on the Shore
I'd been really excited to read it since I loved Norwegian Wood. A few chapters in, I was like, This is one of the strangest books I've ever read. Towards the middle, I thought, Oh, good, it looks like things are beginning to make sense. I became increasingly agitated when there were only a few chapters left -- Surely everything has to be explained before this thing ends, right? When I finished it, I was just screaming in my head: I don't understaaaaand!

Grr. So frustrating. I feel like a literary n00b. If someone could explain it to me, I'd greatly appreciate it (the Wikipedia page is no help). Here's what Murakami has to say about it: "Kafka on the Shore contains several riddles, but there aren't any solutions provided. Instead, several of these riddles combine, and through their interaction the possibility of a solution takes shape. And the form this solution takes will be different for each reader. To put it another way, the riddles function as part of the solution. It's hard to explain, but that's the kind of novel I set out to write."

Basically, he can't explain it either.


3. Baked quite a bit
I acquired a muffin pan a few months ago, and putting that to good use has been fun. I've also still been making my granola bars (the recipe for which I think I have perfected) and tried out a recipe for loose granola which turned out amazingly (I can't find the link for that!). My new hobby has had my poor mother traversing baking goods aisles in many a supermarket, in search of things like sliced almonds and baking powder. It's all good, though, since she and the rest of my family get to enjoy the fruits of my labour...the ones that are enjoyable, at least. 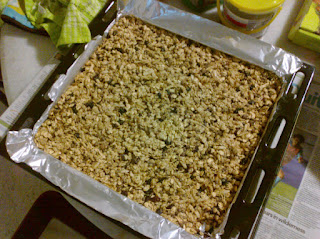 Granola bars, except they aren't bars yet.


4. Met up with almost everyone I was supposed to meet up with
The thing about doing A-levels in MCKL is that you never get a break. Ever. Once the semester starts, your lecturers are already briefing you about qualifying tests. A little after you get the papers from those back, they're talking about assessment tests. After those, they're rushing to finish the syllabus for trials which come shortly after. And then, of course, you have the actual exams, which you have to (or 'should') start preparing for way beforehand.

Once those are over, you may or may not have a break (if you're in your second sem, you don't). Then a new sem starts and the process repeats itself. "We'll catch up after qualifying tests" becomes "We'll catch up after assessment tests", and so on and so forth. It'd be easy to lose contact with friends outside of your college if it wasn't for the Internet, honestly. It'd been a while since some of us met up, so it felt good to be able to see them in the flesh again! 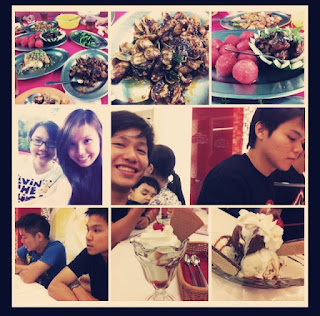 
5. Jammed with Edmund
He wanted to do a duet with someone who plays guitar. I don't know why he asked me, since I can't sing, but the jamming thing happened anyway. It was actually pretty fun! He managed to get me to sing, and even gave me a quick vocal lesson on "singing with your stomach and not your throat". It made little sense to me at first, but with his coaching, I finally began to understand what he'd meant. Edmund, I have to say, is remarkably patient. Which is good, because I am remarkably stubborn.

Jamming with someone is not something I'd normally do (like, ever), but I'm beginning to see the merits of stepping outside your comfort zone from time to time (see number 7). It was fun, and it was good to see Edmund after what felt like forever. I'm glad I did it.


6. Drawn David Choi
I like to sketch occasionally. Very occasionally. It usually takes me forever to finish just one sketch because I'm always getting proportions and alignments wrong, causing the face to look...off. When I say 'forever', by the way, I mean 'days'. Not worth the time, in my opinion, but when the urge strikes, the urge strikes.
Here is my sketch of Mr. David Choi. I couldn't get the pout right, no matter how hard I tried...which was pretty freaking hard.

Also, on a DChoi-related note: Hehehehehe.


7. Been on two BRATs assignments two days in a row
The first, as some of you might've seen me freaking out about, was interviewing Boys Like Girls. There's a long story behind that one, which I will talk about in a later blog post if I am not too lazy to do it. It turned out to be a Q&A in the end, and not a one-on-one interview, so that was a little bit disappointing. But I shan't give too much away lest it detract from the anticipation of my maybe-upcoming blog post!

The second was the very next morning, a river hunt organised by Guiness Anchor Berhad at Zoo Negara. If you know me, I am by no means an outdoorsy sort of person, but I've recently fallen into that 'do stuff while you're still young and still can', 'get out of your comfort zone' sort of thinking. I didn't regret going. It was fun; I met new people and had a good time. Also, we got second place!

I'd just like to take a quick moment to say that applying for BRATs was one of the best decisions I ever made (thankyou, Jacie and Daniel, for the encouragement!). The workshop opened my eyes to so many things, and being a BRAT has opened various doors and opportunities. I mean, how else would you be able to meet and interview an internationally-known band, right? To read my Boys Like Girls article when it comes out, Like the BRATs page on Facebook! 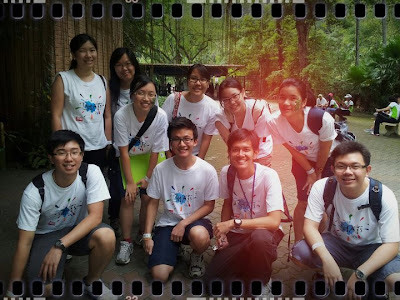 WE ARE THE CHAMPIONS (kind of).
Photo credit: Andrian


So that is some of the stuff I've been up to as of late. Holidays are only boring if you make them that way; it's really up to you what to do with your time. Spend it wisely, and you'll be feeling at least a little accomplished once they're over. And that was a public service announcement from yours truly.


You know, I think I can sum this entire post up in a single sentence: I haven't been blogging lately because I've been having a life.
Posted by Hui Jan at 8:40 PM