(Dear friends, if you wish to terminate our friendship after having read this post, I wouldn't blame you in the slightest. I understand and I'm sorry it had to end this way. Sincerely, Hui Jan)


So, uh... I think I kind of really like One Direction. 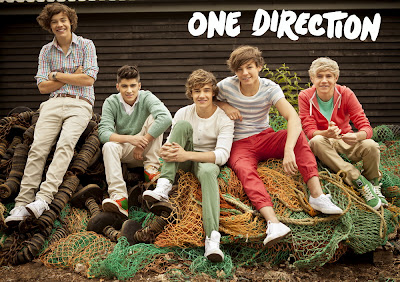 
YES, I KNOW. I KNOW. I USED TO GIVE ANYONE WHO LISTENED TO THEM SO MUCH FLACK. I KNOW. I'M SORRY. I KIND OF HATE MYSELF FOR LIKING THEM. I DON'T EVEN KNOW WHY I LIKE THEM. WELL, YES, I DO, BUT THIS IS RIDICULOUS AND I AM THOROUGHLY ASHAMED OF MYSELF. REALLY. REALLY!


Here's how it all started: one day, Jacie posted on Twitter or Tumblr or something that people who were into boybands at some point in their lives have no right to hate on 1D (or something like that; I am unable to locate the exact post). This was when I was still highly emotional over Westlife being no more, so I felt that she was indirectly directing that at me, in one direction (couldn't resist, sorry). That got me thinking, and I figured she was right -- if I could like Westlife, why couldn't I like One Direction? After all, I'd finally stopped being in denial about What Makes You Beautiful being ridiculously catchy. After watching a few YouTube videos of them, I bit the bullet and downloaded their album.


Now, some of their songs, I do not like. Like, really. I don't. But then some are so stupidly catchy and they can actually sing and, just, argh. I love One Thing so much it's embarrassing. Watch the video and see how cute they are! Alternatively, the acoustic version's pretty good as well. What Makes You Beautiful is kind of a given, especially since David Choi covered it (that being the only reason I actually listened to the whole song in the first place). I Want is pretty good as well, not even kidding. Have a listen:

Dhama says she likes Gotta Be You, but I think it's super annoying. Also, I can't take the song seriously after having watched The Adventurous Adventures of One Direction. It's basically an animated story of how One Direction is a band of superheroes and has to rescue a bunch of...cats. Jacie and Timothy tried to make me watch it, but I got fed-up with the whole thing halfway through and quit; however, I went back to watch it a few days ago and thought it was pretty funny. A minor gripe is animation Niall's Irish accent, or the lack thereof.


Yes, Niall is Irish. You'd have thought that since he has (in my opinion) one of the cutest accents in the world, is the shortest in the band, has blue eyes, and plays the guitar, he'd be my favourite, but no. No, he isn't. You know who my favourite is? 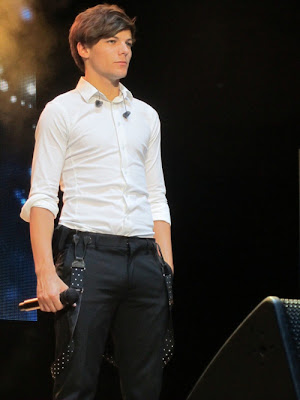 You can't even blame me, man.
(From this Tumblr) 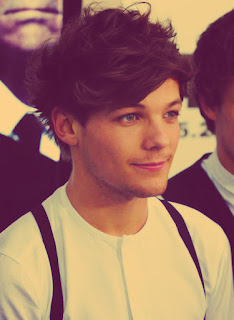 This is a terrible edit; his lips are so pink.
(From this Tumblr)


The funny thing is, I watched the boys' auditions for X-Factor, and I actually almost hated Louis' one; he sang Plain White Ts' Hey There Delilah, and it bordered on whiny. That was two years ago, however, and he sounds better now. I was most impressed by Liam's. He sang Michael Buble's Cry Me a River, and it was freaking fantastic. Harry sang Isn't She Lovely by Stevie Wonder, and that was pretty darn good as well. Zayn did Mario's Let Me Love You, and that was alright. Niall did So Sick by Ne-Yo, and I was just like, Kid, what are you doing? Honestly, I'm not sure how he and Louis got in. But they did, and I'm glad!


Oh, I just realised most people wouldn't know which guy is which. Okay, a brief runthrough: Harry is the one with a mop of curly hair and a really big mouth. Louis is the one with the perfect face, as you should be able to tell from the picspam above. Zayn is the only non-Caucasian, and the one most girls fawn over, which I really don't get. Liam is the one with brown hair who isn't Harry or Louis, and occasionally bears an unfortunate resemblance to Justin Bieber. Lastly, Niall is the short, blonde one who looks a lot like Ellen Degeneres. 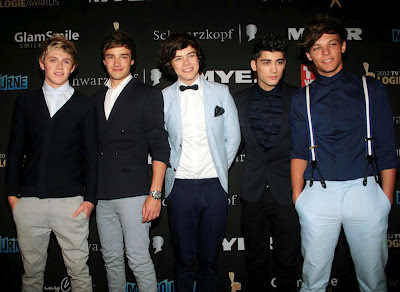 
Now that I'm pretty much into them, it came as a great relief to find out that they actually can really sing live. Liam, Harry, and Zayn have the best voices, and always sound great. That isn't to say they're lip syncing onstage -- Zayn's voice cracked on a high note once, and the twelve-second video of that on YouTube has had over 13000 views since its upload three months ago. Louis and Niall sing backup a lot, but they get to sing solos as well. That's one thing I really like about One Direction, since in Westlife, Kian and Nicky almost never got solo parts!


So that is my confession of sorts. I'm still not sure whether to be highly ashamed or super defiant; right now, it's more of the former. I'm sure defiance will start creeping in soon. JUDGE ME ALL YOU WANT, HATERZ!


There is only room for one boyband in my heart, and Westlife is going to occupy that space for as long as I live. Sorry, One Direction. You guys have more than enough hardcore fans already, anyway. 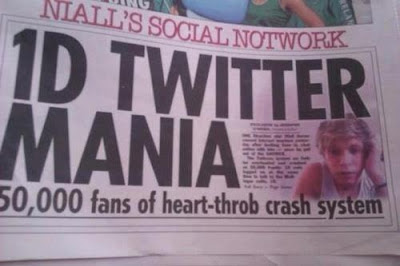 This actually happened. I was not amused.
(From this Twitter)
Posted by Hui Jan at 4:17 AM