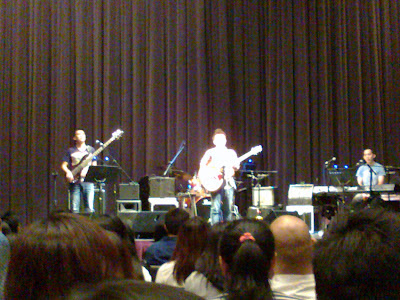 One of the three photos I took with my phone.
I'm sure you can see why I stopped bothering.


I met three people I know there, and the first thing all three said to me (separately!) was "I thought you weren't supposed to come?" That's right, Mei Kuen, Janie, and Andrian -- I wasn't. But my friend Megan had a ticket she needed to get rid of, I got a very reluctant okay from my mother, Sara wanted to go as well, and so there I was. And how very glad I am that I was.

David Choi is one of those artistes who sound better live. Honest. Some of his songs, I am willing to compromise on audio quality by listening to the live versions on YouTube, because they're just that much better. I'm not saying his studio versions are lacklustre or anything; he just sounds really, really good live. Watching him perform them in the flesh was pretty darn amazing.


Old video, one of my favourite songs of his. He didn't play this tonight!


After the opening act (SoImJenn or jennchiayy on YouTube -- her song I Am Not a Metalhead is so cute!), David came on stage, said hi, and launched into Underneath Your Love with his band. Not my favourite DChoi song, but you know how sometimes hearing a song live changes it for you? Yeah, I think I might've warmed up to it a bit. Maybe I wasn't fully concentrating on the song, though -- it was so surreal, seeing him right in front of us. I mean, he was standing right there! He was so short! There was no screen between us! We were in the same room! Ahhh!


It was perfect, too. Pretty much every note was spot on (says the girl with no formal musical training), and the Singaporean band was great. During the short interview with Hitz.fm, David had said that songs off his new album, Forever and Ever, were a bit happier and would sound better backed with a band. Doubtless, he would've had no problem changing the mood with each song if it had been just him and a guitar, but it did sound better with a band.


The last two songs he did before the encore (Rollercoaster and By My Side) were acoustic, though. Those were really good, and I love them both so much! Rollercoaster was a bit unfortunate for David, though. As he was tuning the last string back to e from D after That Girl, his guitar string broke! Once that was taken care of, he got the giggles after flubbing the lyrics of the first verse, and it was the cutest thing ever. I swear, he literally goes 'hehehehe' when he laughs, and we couldn't not laugh with him! After like three false starts and a guitar change, he got through the first few lines and it was smooth sailing for the rest of the song. Smooth. So smooth. Like his voice. 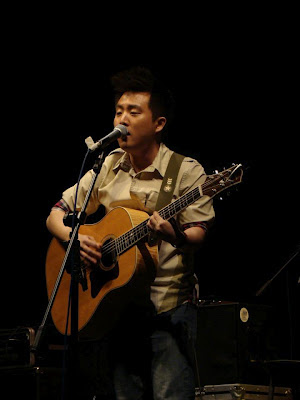 
Actually, his voice is a bit rough, sometimes bordering on whiny. But he has a good voice! A really, really good voice! All those little trills and runs (excuse my lack of knowledge of technical terms) in his songs that make me cringe with happiness, he pulled off perfectly! Before Can't Take This Away, he sang a few lines of something, just him and the keyboardist; it was then as well as during the acoustic songs that his voice really shone through. So, so good. (If anyone knows if that was an additional part he wrote or part of another song, please let me know! It also had 'can't take this away' in its lyrics.) (Edit: It's an old song called They Can't Take That Away From Me!)


Aw, man, I can't keep doing this. I can't keep randomly mentioning songs without mentioning their order. Okay. Because I am a super professional blogger who covers shows (cough), I remembered to get down the setlist this time. Here are the songs he played, in order:

I noticed he did the happier songs first, then the setlist progressively got more and more morose. I mean, he did Won't Even Start, Lucky Guy, and That Girl all in a row; by the end of all three, my heart was a broken, bleeding mass on the floor. Truth be told, I didn't even really like Won't Even Start -- after having seen the Wong Fu vid, it was hard to take the song seriously. Watching him perform it, though, I felt so sad. I wondered if he felt sad every time he played it. And then, of course, Lucky Guy came right after, and that is possibly the saddest song I've ever heard from him. It was all I could do not to leap onto that stage and give him a big, big hug.


The encore song was amazing. He told us it's one of his favourite songs and was pleased that we knew it -- apparently some people don't (what?!). But it was good. So good. Everything about it was perfect, I swear. His voice was absolutely amazing, so much that the auditorium was still, just taking it in. After that final song, I was content and okay with him leaving, because he'd ended on such a sweet note. 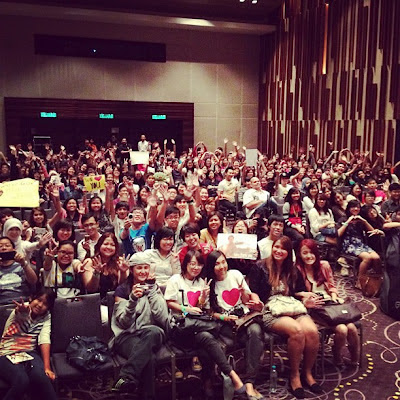 He did the Instagram thing before You Were My Friend.
Photo credit: David Choi


Speaking of a sweet note, the event actually started on a sweet note as well! Sara and I were at the escalators on the fourth floor, where the show was going to be held. I looked up in the direction of the auditorium, and lo and behold, there was DChoi rounding a corner on his way in! It was him! Like, ten metres away! An involuntary (no, really, I promise) scream/squeal of "DAVID!" escaped me, and he turned and smiled. That's when other people who were closer noticed him, and they started cheering and whooping.


He smiled! At me! Or at least in my general direction. Pretty sure he saw wide-eyed, flailing me, though. He smiled at me. HE SMILED AT ME. I mean, it looked like a 'I am highly amused by the noise you just made' smile, but he smiled at me! Okay, okay, so his smile hasn't exactly been highly coveted since, um, the end of 2008, but this is something that brings me much (Choi) joy, so shhh. It took a while plus some prodding from Sara to get me to unfreeze and start moving again. Because, you know. He smiled at me. 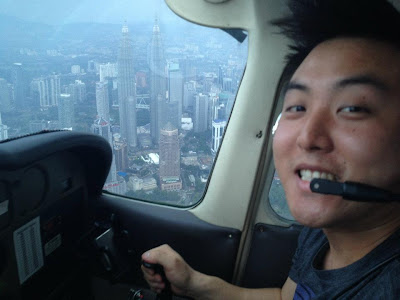 
About an hour of good music plus a smile from DChoi himself was definitely worth the RM92 I paid. T'was a good night! After I post this, I am going to try and put myself back together from the puddle I have melted into because I have to study. I can continue fangirling after my papers. Boo, exams. However, you can be sure I'll be listening to his songs non-stop as I do Math past year papers.


And smiling/feeling slightly embarrassed every time I remember him smiling at me.


P.S. It's crazy cute how small he is. You just want to keep him in your pocket and take him out whenever you need music. Also, his onstage banter borders on awkward sometimes, but in a way that makes you laugh. "Yeah. I'm gonna stop now. And play more music."


P.P.S. He thanked us after every single song. Just thought that was worth mentioning.
Posted by Hui Jan at 1:58 AM