Camera phobia and Suit Up Day

In secondary school, I was a huge, huge cameraphobe. Everyone knew it. I absolutely hated having my photo taken; it got so bad that I would dive behind the largest object around whenever a camera was pointed at me. 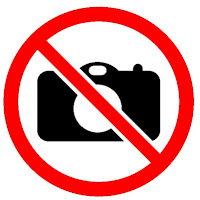 
One year, my blog was featured in the school magazine (heheheh), and I was supposed to have my photo taken for it. The poor photographer, a friend of mine, spent the whole of recess trying to track me down -- I kept moving around the (thankfully large) school in an attempt to evade him, using my prefectorial duties as an excuse. He managed to catch me anyway, and I dragged a fellow featured blogger into the picture with me so I wouldn't have to face the camera alone. Yeah. It was pretty ridiculous.


In college, though, my irrational fear of cameras seemed to fade somewhat. I think maybe I decided I didn't look quite so horrible in pictures, or I stopped caring if I did. (It was probably a little bit of both.) Whichever the case, though, I'm very glad, because now I have photographic documentation of some lovely times I've had. Like yesterday's Suit Up Day. 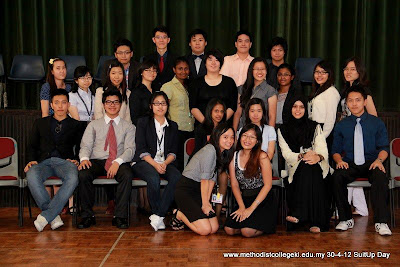 S1101B! This is a picture full of class(mates).
Photo credit: Mr. Reuben

Suit Up Day is an event organised by the marketing team of MCKL as a sort of farewell for the seniors. Everyone dresses up real nice, photos aplenty are taken, food is provided, and these little competitions are held with prizes to be won. But I think what everyone's most interested in is taking photos. Because if you're going to take the effort to dress up and all, that's just what you do. 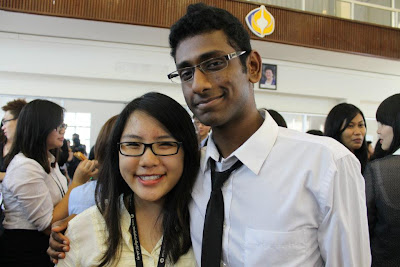 I think I need a bit more practice when it comes to posing and stuff, though. I just don't know how other girls do it. Do they pose in front of a full-length mirror and see what works or something? I mean, I just... I don't even know. 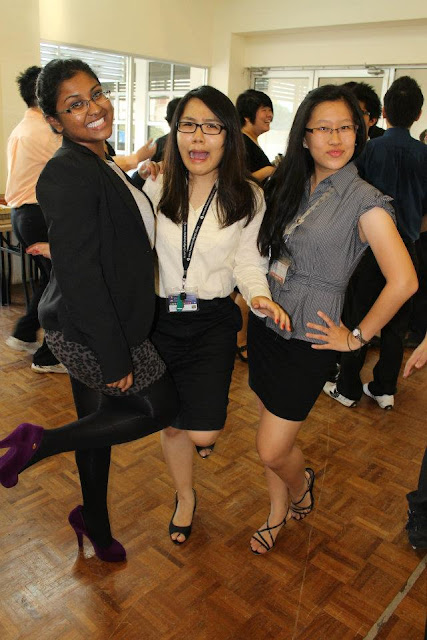 But I worked at it, though; I worked really hard. I tried my best to follow the leads of the pros. Many times, I failed, but I picked myself up again and resolved to try harder. I was strong. I was resilient. I was The Little Hui Jan That Could. 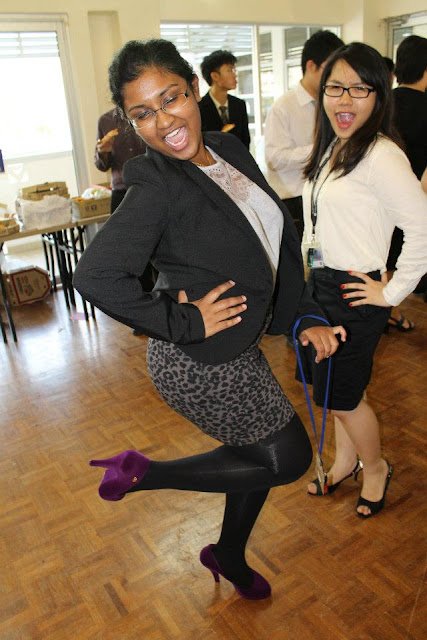 In the end, I got a photo like this. I think it's safe to say that I'd achieved my goal. 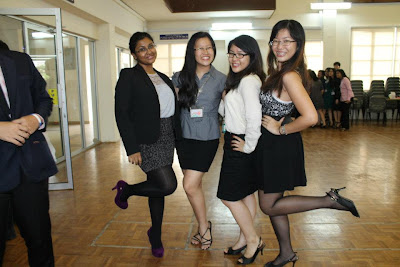 Also, I'd like to say that spending the whole day in heels (the event started at 4.30pm and I'd been in college since morning) is no joke. As evening approached, my feet were starting to scream at me for subjecting them to that torture. The prospect of walking home from the bus stop in those things made me want to bawl, but Ying Ying was kind enough to lend me her flats home. Thankyou, Ying! 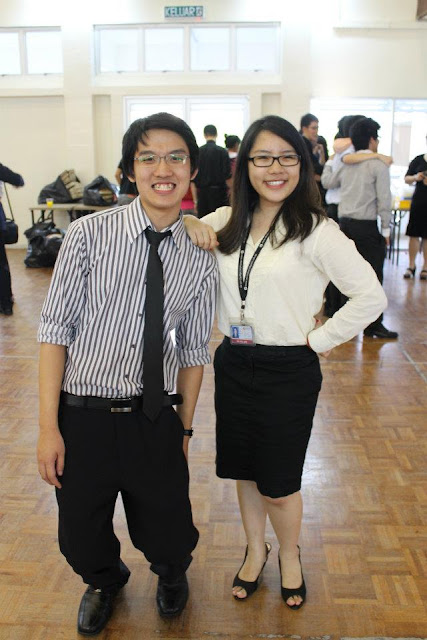 Okay, okay. Jokes aside, Suit Up Day really was awesome. The knowledge that it was our last college event made it a little bittersweet, but that gave us all the more reason to have a good time. Laughs were had, speeches were given, diets were forgotten, and missions were accomplished. The event was marred only by Dhama's and Benji's absence, but if they don't want to come then they don't want to come lah (angryface) (tonguestickingoutface).

I will miss MCKL. Very, very much. I do believe that it really is a good college, and it's given me some of the best times of my life.

Oh well. It's a good thing I have pictures to remember everything by!
Posted by Hui Jan at 6:20 PM