I just watched a wonderful French indie movie titled Tomboy. (Doesn't that sound so artsy and hipster?) It tells the story of Laure, a tomboy prepubescent girl. After moving to a new area with her family, Laure introduces herself as Michael to the neighbourhood kids. Michael does all the stuff the other boys do -- he plays football, takes off his shirt midgame (prepubescent, remember?), and even beats up one of the other boys for insulting his sister. However, his secret is eventually found out by his parents and friends, and problems arise. 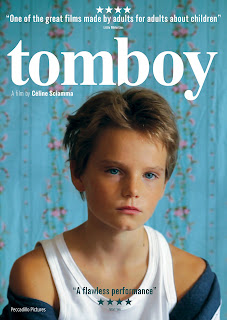 The lead actress, Zoé Héran, was flawless.
(From Bonjour Tristesse)

This movie was a real eye-opener for me to the lives of transsexuals. Michael hadn't even hit puberty yet, and things got sticky pretty quickly. Granted, some of them might not have to play the double role Michael/Laure did, but living with the wrong body for your mind has to be awful. Well. It is awful. I have some transsexual friends, and one of them once said something along the lines of 'Imagine waking up and feeling like you were in the wrong body, every single morning'.


Here's something I'd like to clarify for those who don't know or aren't sure: People who cross-dress aren't transsexuals -- they're transgendered (ie. they express themselves differently from the norms of their given gender). People who undergo sex change operations, however, are transsexuals; put simply, their mind is of the opposite gender of their bodies. This has been proven by science, and it is not -- not -- a mental disorder. Being transsexual is not a choice -- you can't choose what you're born into. I guess, to a certain extent, being transgendered is, because you can choose whether or not to express yourself in the way you want.

I remember, in one Moral class back in secondary school, our teacher was doing that thing where she told us about her life and stuff and we all listened because it was much more preferable to Moral. That day, the topic was the school she'd used to teach at, a convent in another state. Everything was fine and dandy until she started talking about lesbians and (although she probably didn't know it) transsexuals.


Girls who were 'discovered to be lesbian', she said, were punished by being made to do the gardening around the school compound. This made me angry. (In retrospect, though, they'd probably been caught kissing and stuff, and most schools would punish students caught in the act; it just so happened that this was a girls' school.) She went on to say that there'd been 'funny' girls around, and told us about girls who would tape down their breasts using sport tape. For some reason, the school authorities saw it fit to drag them to the principal's office, make them strip, and remove the sport tape in front of them. The sport tape was then confiscated. Sport tape gone, one girl tried to do the same with a band of elastic or something of the sort. She was found out, and that was confiscated too. 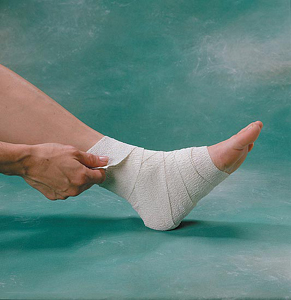 This is sport tape and what it is conventionally used for.
(From ManPowerHealth)

This sickened me for a number of reasons:

The whole time she was talking, I was so angry I was shaking. All I could think about was how furious and ashamed my transsexual friends would've been if this had happened to them. It was unfair, and it was demeaning. The school should have just called their parents if they'd really wanted to do something. While I'm thinking all this, my teacher's up there in front of the class going on and on about how 'these people are sick in the head', and I'm thinking to myself, You guys were sick in the head!
She would probably think me sick in the head for not agreeing with her. She would probably think Tomboy was sick in the head. But I don't think it is; in fact, I think it's a great movie. If you'd like to watch it, here are some links (don't worry, they have subtitles!). It's pretty short, perfect for if you have a little over an hour to kill, and it received an impressive 96% on Rotten Tomatoes' Tomatometer. Sold yet? 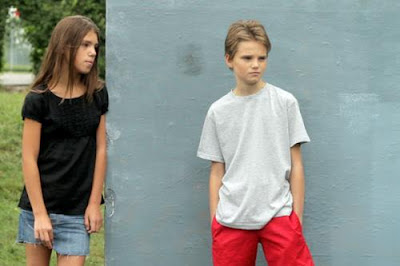 Before I take my leave, let me say this: I am by no means an expert on transsexualism. The reason I am blogging about it is to raise awareness, which we are severely lacking where I live. Many people have no idea about transsexuals or transgendered people, and those who do view them in a very negative light. Perhaps this is so because of their lack of understanding of these people. I hope that this post helps shed a little light on the subject.
Posted by Hui Jan at 7:09 PM