Now, I usually try my best not to complain about my education. I realise that the very fact that I am receiving an education (beyond secondary level, too) is awesome, and I am very lucky and thankful. There are people in places like Kenya for whom anything beyond primary level education was, until recently, impossible to obtain. Me, I'm doing A-levels and going to go to university after, and I'm really grateful. I am. However, I have something to say about my course: 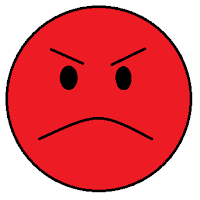 I talked a bit about it here. See, having Christmas, New Year's, your birthday, and Chinese New Year somewhat ruined by the exams was bad enough. I thought that would be the end of the bad exam timing woes. But no. No, it wasn't.


The first paper of this round of exams is on May 7th; the last is on June 26th. Here is a list of music artistes who will be having shows in Malaysia in May and June:

Also, comedian Russell Peters will be here on May 12th. You've probably heard, since everyone's getting all excited about it.
The two I'm most disappointed about not being able to go to see are David Choi and Sungha Jung (but mostly David Choi). If you haven't heard of them, Sungha Jung is pretty much this child prodigy guitarist from Korea. He's amazing. Have a look/listen at this. Mind you, this was three years ago, so he was only thirteen. Thirteen!

Here's a more recent one, from March this year. In the description, he's all casually like, 'Oh, I just started the electric guitar two months ago', but look at him! He hardly even glances at the fretboard!

Okay, David Choi is a singer/songwriter whose songs I cannot seem to be able to stop listening to. He's Korean American and stands at an impressive 5'3 (I felt it was important to add that). His voice wouldn't be to everyone's tastes, I think, because it's a little raspy and borderline whiny sometimes. I like it, though. I like his new album as well! This is my favourite song off it, have a listen:

And something off his previous album, the song that got him signed (though he isn't right now). To be honest, I fell in love with the video before I did the song. Everything is perfect, the umbrella scene was the best, and the whole thing just has Wes (from Wong Fu Productions) written all over it. Can you tell that I'm fangirling? Yeah. I don't care.

And since I've already started fangirling, have another video, a cover this time. I love it because it's good and he looks like he's having fun.

So yes, back to the topic. I can't go see David Choi or Sungha Jung because of the exams and I am sad and disappointed and being a bit of a brat right now. I really, really want to watch David Choi, Ed Sheeran, and Owl City live one day. The fact that David will be doing a show right where I am and my not being able to go is kind of painful.


I'll get over myself soon. Really. Once I get myself to start listening to something other than DChoi.
Posted by Hui Jan at 4:55 AM